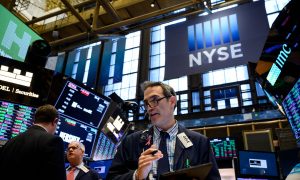 Is the Stock Market Overvalued?
0 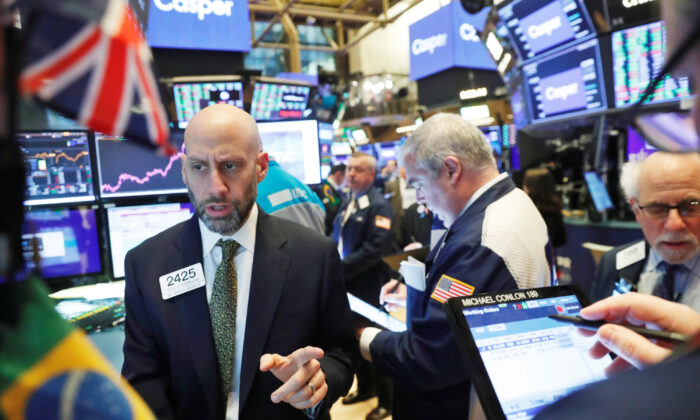 Traders work on the floor of the New York Stock Exchange shortly after the opening bell in New York on Feb. 6, 2020. (Reuters/Lucas Jackson)
Business

Wall Street’s main stock indices fell into what’s known as “correction territory” Thursday, a zone between 10-20 percent below a market’s most recent high—and a barrier of psychological significance to market participants.

All three titans—the Dow Jones, Nasdaq, and S&P 500—ended below the 10 percent line on the closing bell, settling the day’s contest between bears and bulls, and suggesting both remain unsure which way the coronavirus outbreak is heading.

“Uncertainty has emerged as a factor in the global equities space,” said David McAlvany, CEO the McAlvany Financial Companies and founder of Vaulted, a gold investing app.

“If we knew the duration of the issues relating to coronavirus, we could gauge the economic costs,” he told The Epoch Times in an emailed statement. “People flow, supply chains, trade volumes, and commodity prices are all up in the air. The problem is unbound. You can’t know the duration, so you can’t count the costs.”

The indexes were set for their steepest weekly pullback since the global financial crisis, as new infections reported around the world continued to grow. Governments battling the epidemics from Iran to Australia shut schools, canceled big events, and stocked up on medical supplies.

In the United States, the Centers for Disease Control and Prevention confirmed the infection in a California resident who reportedly did not have relevant travel history or exposure to another known patient.

Industry analysts and economists continued to sound the alarm as they assessed the fallout of the coronavirus outbreak, with Goldman Sachs saying U.S. firms will generate no earnings growth in 2020.

Yet some see the fall as a routine correction of an aging bull market that had as recently as last week bucked up to record highs.

“The market went from all-time highs to correction in six trading days, proving that stocks do, in fact, go down sometimes,” said Marc Lichtenfeld, chief income strategist at The Oxford Club.

“It’s a good reminder that investors should properly position their portfolios according to their risk tolerance and time horizon,” he told The Epoch Times in an emailed statement.

Some below-expectation economic data may have fanned the flames of Thursday’s selloff.

Government figures released Thursday showed that the number of Americans applying for unemployment benefits for the first time rose more than expected in the week ended Feb. 22, while a separate report showed U.S. durable goods dipped by 0.2 percent in January.

Still, jobless claims continue to cling to longtime lows, while a sub-segment of durable goods called “core capital goods,” considered to be a proxy for business investment, came in 0.8 percent above forecast, rising by 1.1 percent.

“There are some indicators that I would be looking for before the end of this bull market, and we have not seen those indicators yet,” he said, elaborating his case in a U.S. equity market report (pdf).

“I think the bull market is likely to continue until further notice,” he predicted in the report, adding that “the path of least resistance leads higher.”

Still, he acknowledged markets were due for a correction, saying last week that a pullback of between 5 and 10 percent would be “normal.”

A chief objection to the bull market case has centered on near-record high valuations.

“Looking at the Buffet Ratio, current equity prices are still in the very expensive category,” McAlvany said. “This is the second-highest reading, even after the correction of the last few days. The Shiller PE confirms that long term valuation metrics show this as a very expensive market.”

“This is a pricey market,” he concluded.