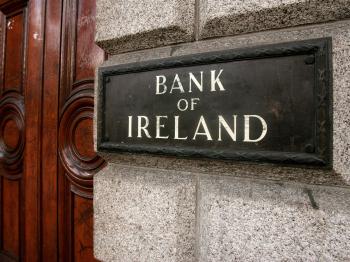 All Pain and No Gain for Banking Staff in Ireland

2009 has been a difficult year for those working in the financial services sector, which rightly or wrongly has been credited with the current financial crisis the country finds itself in.

Regardless of who is to blame for the downturn the rank in file staff of many financial institutions face hardships similar to other sectors.

The IBOA has almost 22,000 members located in the Republic of Ireland, Northern Ireland and Great Britain. They include workers throughout the financial sector ranging from full-time, part-time and temporary staff.

Mr Sheils noted that the IBOA have been running a survey on their website and of the 1,050 voters, 76% said they had experienced abuse from the public during the current crisis in the financial services sector, either in their workplace, outside of work or both.

Mr Sheils felt that this was a worrying trend, especially in rural areas where Bank officials were more visible in their communities. Unfortunately this is just one area in which financial staff are being affected.

“For a number of years we have been warning anyone who would listen about the way the culture in banks has been developing.”

Mr Sheils also wanted to point out that contrary to popular belief only one bank has paid the national wage agreement and it was paid over a year ago before the situation started to deteriorate in the country.

“So our members are suffering like everyone else in terms of lack of pay rises and in some cases contractual payments that they were entitled to have been withheld by their employers … we are pursuing those employers.”

The decline in staff numbers in many financial institutions is also worrying for many IBOA members. “In fairness to the Irish based banks, their approach has been to reduce staff numbers by natural wastage,” said Mr Sheils.

In the case of Ulster Bank, Mr Sheils said that the number of staff leaving there via early retirement and other voluntary initiatives would reach approximately 1,000.

National Irish Bank are also proposing to reduce staff numbers over the next year.

AIB and BOI have also taken the approach of reducing numbers via natural attrition. Mr Sheils however believes that this approach may change after these Banks and their situations with NAMA stabilise. “Once they start to move the impaired loans over to NAMA we think that both AIB and BOI will be reviewing their staffing arrangements,” said Mr Sheils.

The IOBA spokesperson also stressed that with all this uncertainty in the sector, staff still have targets to meet which are perhaps not so realistic now, these targets also need to be met with reduced staffing capacities.

In a statement issued to AIB staff earlier this month, Mr Colm Doherty Group MD of AIB Group said the following “Many of you, especially people working in front line roles, have experienced first hand the wrath of our customers, family and friends about the failings of AIB. It is a source of deep regret for me that this is happening as I know the vast majority of staff are entirely blameless for the current problems.”

Mr Doherty also said that his aim was to restore AIB's viability and credibility in the next 1,000 days and one of the areas that needed to be addressed to achieve this was by changing the bank's culture. “We all need to take responsibility for everything we do. In particular, I expect management to step up to their responsibilities and to be accountable for their actions and those of their staff.”

Mr Doherty stressed that as a consequence of AIB's property loans moving to NAMA there would be an impact from the EU Restructuring plan, “AIB will be a smaller group in the future.”

“Our current costs are too high for the level of revenue we expect to generate. We have already reduced our workforce by 1,500 this year through natural attrition and tough decisions are needed to further reduce our costs.

“I have to tell you now that there can be no pay increases in 2010. In addition, we will consider all other options to further reduce our costs…in a fair and balanced way as part of a process which must be completed in a clearly defined time period,” said Mr Doherty.