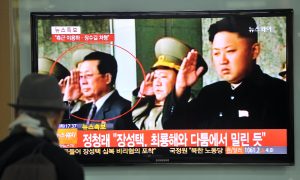 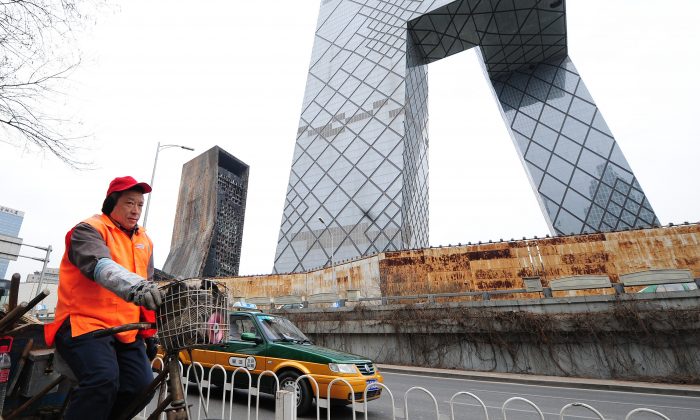 A streetsweeper rides past the CCTV Headquarters in Beijing on February 28, 2010. (FREDERIC J. BROWN/AFP/Getty Images)
China

All Media in China Need to Follow the Party Line, Says Official

All media outlets in China are expected to follow the “leadership” of the Party in their reporting, whether or not they’re officially state-run, according to a recent announcement from the Communist Party secretary of Yunnan Province, Li Jiheng.

Li said news outlets must “resolutely safeguard the power of the Party.”

The remarks suggest that local media outlets are pushing back against state control in the current political climate. Li’s comments also came on the heels of a “thorough investigation” of the branches of several national media outlets in Yunnan, including People’s Daily, Xinhua News Agency, and state-run radio stations.

“State-run newspapers, journals, television and radio stations, and websites naturally must follow the Communist Party,” Li said. “But other media outlets must also adhere to Party leadership; there is no room for bargaining.”

“Honest” reporting was allowed, Li said, but only when in line with the position of the Communist Party.

“In the past, they still had some qualms, and they would say the media was speaking up for the public, for the masses,” Xie said. “But now they directly state that it’s a mouthpiece for the Communist Party; they refuse to allow even a small voice for the people.”

The political climate created by Party leader Xi Jinping’s anti-corruption campaign, as well as burgeoning use of social media and the Internet, may have brought about more forthright reporting by local media outlets, said Zhang Tianliang, a New York-based independent analyst of contemporary China, also speaking to Radio Free Asia.

“It seems that local media outlets now feel increasingly emboldened,” Zhang said. “Maybe because many local officials have fallen from power—people are no longer afraid.”