Where Can You Send Your Children to University?
0
Share Now
TelegramFacebookTweetEmailTellMeWeReddit
Copy Link 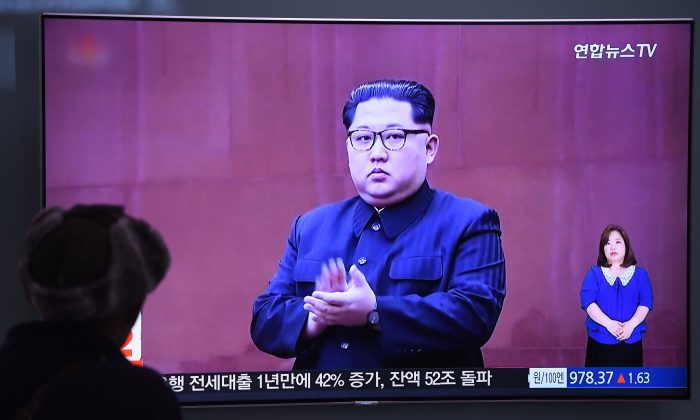 All Eyes Still on Korean Peninsula

Three generations of Kims have believed that nuclear weapons would ensure their Stalinist monarchy’s survival. Although successive U.S. administrations have tried to thwart North Korea’s dangerous trajectory, two decades of multilateral diplomacy have failed to contain the Kims.

Viewing nuclear weapons as their only means of defending themselves, they violated “freezes”, and—when caught—refused international monitoring and verification.

A pre-emptive attack to take out the DPRK’s nuclear program was never likely to succeed; the risk of catastrophic war was also great.

Writing in Time, Victor Cha, former director for Asian affairs at the U.S. National Security Council, says the party-state in China has played a lengthy smoke-and-mirrors game on North Korea—trapping the United States into pre-doomed negotiations. Beijing, reluctant to enforce sanctions, funded the regime through back channels, allowing its state-owned companies and banks to deal with Pyongyang.

Last month, as the world knows, Kim Jong-un announced the conclusion of the nuclear testing program and the intended shuttering of the Punggye-ri complex as part of a “phased, synchronized” denuclearization.

He then engaged in a preliminary summit with Republic of Korea (ROK) President Moon Jae-in at Panmunjom.

Steps to dismantle the nuclear testing site are soon supposed to begin, with journalists from selected countries invited to watch tunnels being collapsed by explosives.

Only when the dismantlement process has been fully verified should the international community consider lifting economic sanctions.

Zhao Tong, a non-proliferation expert at the Carnegie-Tsinghua Centre for Global Policy in Beijing writes in the South China Morning Post that Pyongyang could easily disguise its nuclear facilities as regular industrial plants, thus turning the clearing of nuclear weapons into a lethal game of hide-and-seek.

The Trump administration, favoring the “Libyan option”—quick and total dismantling—says it will encourage the regime to choose between nuclear weapons and regime survival. Kim Jong-un is unlikely to agree to any state of affairs that will put him behind bars.

Despite setbacks, the historic first meeting between a sitting U.S. president and a North Korean leader is still set to occur on June 12, although North Korea has threatened to cancel.

Assuming the meeting goes forward, Donald Trump’s and Kim Jong-un’s success depends on making changes palatable to a range of mutually incompatible audiences: China, whose decision to support the international sanctions against Pyongyang was a contributing factor in Kim Jong-un seeking talks on the issue; the Republic of Korea (ROK); Japan,; Taiwan; Russia; and Iran, the DPRK’s most significant strategic partner.

If the hermit kingdom is finally ready to join the international community, it must also consider human dignity and freedom. Benedict Rogers, a human rights activist specializing in Asia, urges Mr. Kim to renounce his prison camps. “People have been jailed, tortured or executed …. The atrocities committed by (the Kims) (must not be) swept under the carpet. The U.N. Commission of Inquiry … has recommended that Kim Jong-un’s crimes be called to account at the International Criminal Court (ICC).”

Once Kim ends the prison camps, we’ll know that he is serious about positive change. If an olive branch is offered, it shouldn’t be turned away after 65 years of a state of war. A formal end to the Korean War will enable a range of other normalization processes to occur on the peninsula.

A Helsinki-style process would put human rights clearly at the center of discussions alongside denuclearization. True peace without addressing human rights is impossible. Just as with Reagan, Thatcher, and the Helsinki process with the Soviet Union, the issue of human rights should be an equal “basket” issue alongside security. The 1975 Helsinki Accords helped bring down the Iron Curtain. The same approach could work now in North Korea.

Kurt Campbell, former Assistant Secretary of State for East Asian and Pacific affairs writes in the South China Morning Post that “Chinese assertiveness, North Korean provocations, Japanese anxieties and South Korean political turmoil have swirled dangerously across Northeast Asia.” American leadership, therefore, is vital to the stability and prosperity of “the cockpit of the global economy.”

A Helsinki approach, no nukes in exchange for trade favors from the West, and support for Korean reintegration, might well be the best way forward.