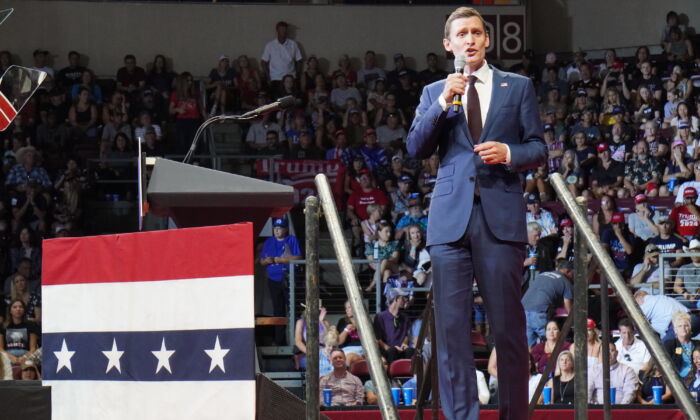 Political analysts across the country will be watching closely as Arizona primary election numbers begin to trickle in after polls close on Aug. 2. They’ll be especially interested to see which of the five Republican candidates for U.S. Senate emerges as the party’s nominee.

The winner will advance to challenge Democratic incumbent Sen. Mark Kelly, who was elected in a special election in 2020. Kelly doesn’t have a Democratic opponent so he automatically moves forward to face the GOP winner on Nov. 8.

As of July, the country’s go-to predictors of political races said it’s impossible to guess who might win the fall matchup, calling it a solid toss-up.

The race’s outcome is consequential for the entire country.

Kelly’s is one of three Democratic-held Senate seats considered up for grabs in November by forecasters. A loss for Kelly, or one of the other Democrat incumbents in the trio of toss-ups, could shift control of the Senate to Republicans.

To try to keep that from happening, Democrats from all over the country have poured money into the Arizona race. Since January 2021, Kelly has raked in a little more than $54.1 million in contributions, the second-largest amount for a federal candidate, according to Federal Election Commission records.

While the fall result in Arizona remains a nail-biting question, the Republican primary in the race appears easier to predict, based on polling data.

Tech entrepreneur and Trump endorsee Blake Masters leads the pack, finding favor with almost 28 percent of GOP voters, according to a RealClearPolitics average of polls conducted between June 7 and July 2.

Masters has spoken about closing the border to illegal immigrants and protecting free speech.

He supports guarding against Chinese investments in U.S. real estate, and preserving gun rights outlined in the Second Amendment, so that people can defend themselves from criminals and “the country from tyranny.”

The pro-life father of three young boys is married to his high school sweetheart.

It isn’t clear how much the nod from Trump is helping Masters.

Trump lost in the state in 2020, after winning in 2016, notes analyst Keith Gaddie, who leads the department of political science at the University of Oklahoma and researches what drives voter opinions.

“This makes for some strange brew in Arizona,” he said.

The balance of power in the U.S. Senate could be up to conservatives who didn’t like Trump, Gaddie said.

“Plenty of money in this race,” he said, “and tension is on whether never-Trumper GOP voters will mobilize for an election denier,” such as Masters.

Masters didn’t respond to a request by The Epoch Times to discuss his positions on issues, including the 2020 election results.

Trump has criticized Brnovich for not protecting election integrity in the 2020 race that put President Joe Biden, into the White House. Brnovich has insisted he followed the law.

Brnovich, the son of immigrants who fled communism in the former Yugoslavia, has campaigned on a desire to secure the southern border and be “tough on border crime.”

He describes himself as pro-life and supports defending the Second Amendment and religious freedom. He also aims to promote policies that would keep jobs in the United States and provide a “lighter regulatory touch for businesses strangled by government.”

Lamon’s self-funded campaign also focuses on shutting down the flow of illegal immigrants into the country; he agrees with Brnovich and Masters on the need to complete a border wall.

All three candidates agree that China’s creeping power over the U.S. economy and growing boldness militarily must be addressed.

Lamon, an Army veteran, and Masters have pointed fingers at each other over business dealings with China.

Lamon’s website showcases a long list of conservative plans for policy making. His website also lists a cavalcade of endorsements, many from law enforcement associations and law enforcement officials at the local, state, and federal levels.

A former F-16 pilot and instructor, he eventually commanded the 162nd Fighter Wing, and is a former adjutant general of the Arizona National Guard.

He’s passionate about upholding the U.S. Constitution and securing the border. His website lists a collection of endorsements from 16 current former and current elected officials, including former Alaska Gov. Sarah Palin and Arkansas Gov. Asa Hutchinson.

Also running is Justin Olson, former CFO for Turning Point USA and a current member of the Arizona Corporation Commission.

He served in the Arizona House of Representatives from 2011 to 2017.

The father of nine hopes to curb government spending and overreach. He’s pro-life and supports securing the border and protecting the Second Amendment. His website lists his takes on issues from fighting Big Tech and confirming conservative justices, to banning critical race theory from school classrooms and supporting law enforcement.

All five candidates aim to take on Kelly, a former astronaut aiming for a return to Washington after a partial first term. Kelly is the husband of former Arizona congresswoman and anti-gun activist Gabby Giffords.

In 2011, Giffords was speaking at an event in Tucson, when a gunman opened fire, killing six and injuring 13 others. Giffords was shot in the head and resigned from Congress a year later to focus on her recovery. She was honored by President Joe Biden at the White House in July with the Presidential Medal of Freedom.

Kelly says he’s running again because, after 25 years in the Navy and as part of NASA, he’s learned how to lead and get along well with others to solve challenging problems. He shares a long list of political priorities on his official Senate website.

Warnock also won his seat in a special election in 2020. His race is one of the three solidly considered a toss-up by prognosticators.

He’s a pro-choice pastor and money from around the country has flowed in for him. Since 2020, he’s raked in nearly $85 million, federal records show.

The third Senate race considered a toss-up is in Nevada, where Democratic incumbent Catherine Cortez-Masto has raised $23.6 million since January 2021, which ranks her seventh for campaign cash. Among the top 10, only three are Republicans.

Cortez-Masto faces Trump-backed challenger Adam Laxalt, the former attorney general of Nevada, in the fall. Laxalt, who is enthusiastically supported by Fla. Gov. Ron DeSantis, as well, bested seven other candidates to win the Republican primary.

In November, Cortez-Masto and Laxalt will go up against a candidate with the Independent American Party, two independents, and a libertarian.

Meanwhile, Pennsylvania’s U.S. Senate race is too tricky to predict, some forecasters say. The seat is open because Republican Sen. Pat Toomey didn’t seek reelection. Squaring off in November are physician Mehmet Oz, known on TV as Dr. Oz, who narrowly won the GOP primary, and Democrat John Fetterman, the state’s lieutenant governor.

Fetterman, who suffered a stroke two days before the primary, says he’s still struggling with speech and hearing problems. But he’s visited with campaign volunteers recently on video calls. Fetterman and Oz also will face two independents, a Constitution Party candidate, and a libertarian.

If Oz doesn’t win and the Pennsylvania seat flips blue, Democratic control of the Senate could become more entrenched. The chamber is equally split between Democrats and Republicans. But control belongs to the Democrats because Vice President Kamala Harris, a Democrat, casts tie-breaking votes.