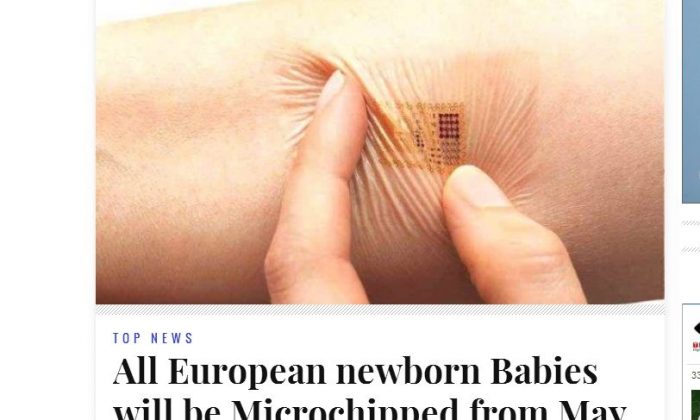 RFID Chips: ‘All European Newborn Babies Will Be Microchipped From May 2014’ Isn’t Real

An article with the title, “All European newborn Babies will be Microchipped from May 2014,” isn’t real and is the latest in a line of fake stories about RFID chips being implanted in people.

The “report” was published on the site Topinfopost.com, generating more than 200,000 “likes” and shares on Facebook.

The article is poorly written, and it makes little sense.

“This chip will also be an impressive GPS sensor that will task with a micro- disposable battery every 2 years in state clinics. GPS chip grants an edge of error of 5 meters, as a statement that it is excellent,” it reads.

The article doesn’t cite any sources, and no local or national news outlets have covered it.

According to About.com writer David Emery, who specializes in debunking hoaxes, “There are no laws currently on the books in any European country requiring newborns to receive microchip implants.”

There’s been other fake stories about RFID chip implants, including one from satire news site National Report, which said they’ll be required to sign up for Obamacare in some places.