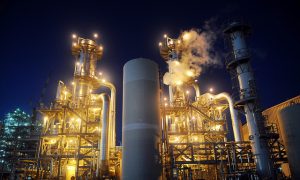 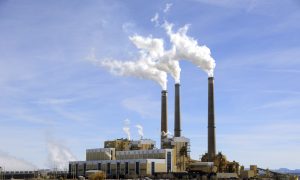 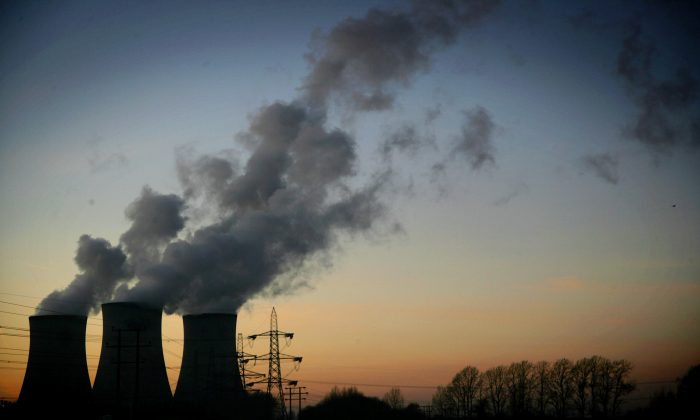 The sun sets behind the chimneys at Didcot Power Station, a dual coal and gas fired power station supplying power to the national grid, on December 7, 2008 in Oxfordshire, England. (Matt Cardy/Getty Images)
Environment

U.K. Energy Secretary Amber Rudd announced on Nov. 18 plans to close down all coal-fired power plants in the country by 2025. The plan, to cut down on the U.K.’s contribution to carbon emissions, comes weeks before the Paris climate talks.

“We are tackling a legacy of underinvestment and aging power stations, which we need to replace with alternatives that are reliable, good value for money, and help to reduce our emissions,” Rudd said in a statement.

Proposals for ending coal use by the mid-2020s has been suggested for some time across the political aisle from the Conservatives. The Liberal Democrats, voted out of the coalition government in May, had campaigned on a promise to implement a ban on coal use by 2025.

Rudd’s proposal doesn’t include details about what energy sources would replace coal, but she told the BBC that gas and nuclear energy will be the primary substitutes, and that new nuclear power plants like the ones in Wales and Cumbria could supply 30 percent of low-carbon emission energy by the 2030s.

In 2010, natural gas supplied 47 percent of the country’s electricity, and nuclear power 16 percent. The U.K. agreed to a $45 billion trade deal with China in October, with the latter putting up a $9 billion investment in a nuclear power plant at Hinkley Point in Somerset.

Other renewable sources like wind power will play a smaller role, having had their subsidies cut since the Conservative party took power in 2010.

In June, Rudd announced a moratorium on new subsidies to offshore wind farms, which generated 5 percent of the U.K.’s electricity in 2014 at a cost of $1.2 billion in subsidies. Rudd cited the need to “manage the costs to consumers.” Green programs like biomass conversion were also cut, and subsidies for solar power were to be examined.

The announcement comes ahead of the historic Paris climate talks in December, when the United Nations will try to hammer out a binding climate change treaty that will pick up on where the Kyoto Protocol left off.

The U.K. government has already received a domestic backlash for the cuts to certain green energy programs, and as the Paris conference approaches, criticism has intensified.

A November report by the Overseas Development Institute blasted a number of G-20 nations for the continued subsidization of fossil fuel production, and singled out the U.K. for being “one of the few G-20 countries that is increasing its fossil fuel subsidies while cutting back on support for the renewable energy investments.”

A number of countries have been playing catch-up with environmental initiatives in recent weeks. On Tuesday, the United States, Japan, and a number of other countries reached an agreement on the restriction of coal technology exports.

The Obama administration announced in 2013 that it would end U.S. financing for overseas coal power plants, and has been pressuring others to join. Japan was among those opposed to the move, arguing that its high-efficiency power plant technology is the best option for developing countries that need affordable energy.

Under the agreement, which takes effect in 2017, financing would still be allowed for the most advanced “ultra-supercritical” plants, and for some other plants in the very poorest countries. It was worked out by members of the Organization for Economic Cooperation and Development, a Paris-based group of 34 countries including most of Europe and other key economies.