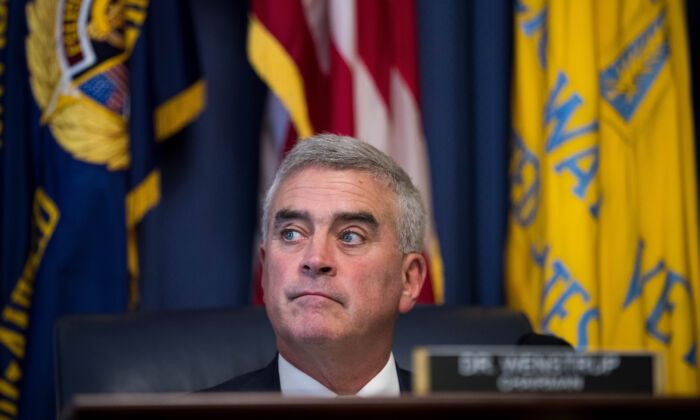 ‘All About Money’: GOP Lawmaker Slams US Corporations For Aligning with CCP’s Values

Rep. Brad Wenstrup (R-Ohio) said he has “tremendous concerns” that American corporations have aligned themselves with the values of the Chinese Communist Party (CCP).

“You see some companies that tout all this social justice here in the United States, but they certainly turned their eye towards China,” said Wenstrup.

“It’s all about money,” he said. “There’s no patriotism involved with these, especially these companies that are American born and bred.”

“It’s a tremendous concern that I have,” Wenstrup said in a recent interview on “Capitol Report” program on NTD, an affiliate of The Epoch Times. “And I think all Americans should have.”

The congressman then cited an example of Enes Kanter Freedom, the only NBA player to openly criticizing the CCP.

The 11-year NBA veteran currently has no team. Freedom was dropped by the Houston Rockets after he was traded from the Boston Celtics on Feb. 10.

Freedom believes that his activism cost him his NBA career. Since October, the player has publicly called out the CCP on a range of human rights violations, including its suppressions in Xinjiang and Tibet, and the forced organ harvesting against prisoners of conscience.

After Freedom’s first tweet in October criticizing the CCP for its repression in Tibet, Chinese internet giant Tencent swiftly pulled its video broadcast of all Celtics games from the platform.

Tencent has exclusive rights streaming NBA in China, and the five-year deal is worth $1.5 billion.

“Apparently, the NBA makes quite a bit of money by having them seen in China, so if you say anything about China, and you’re in the NBA, you’re going to get squashed,” Wenstrup told NTD, an affiliate of The Epoch Times.

The Epoch Times has reached out to the NBA for comment.

The NBA has previously told The Epoch Times that it backed Kanter’s right to activism. “We continue to support Enes Kanter Freedom expressing his views on matters that are important to him as we do for all members of the NBA family,” said its spokesman Mike Bass.

The league also found itself at the center of a firestorm in 2019 after Daryl Morey, then the general manager of Houston Rockets, expressed support on Twitter for Hong Kong’s pro-democracy movement. The post, though quickly deleted, ignited a national outcry in China, and resulted in the NBA losing its sponsorships in the country. NBA Commissioner Adam Silver said at the time that the CCP had tried to pressure him to fire Morey, which was refused. He also said that the league had suffered “substantial” losses.