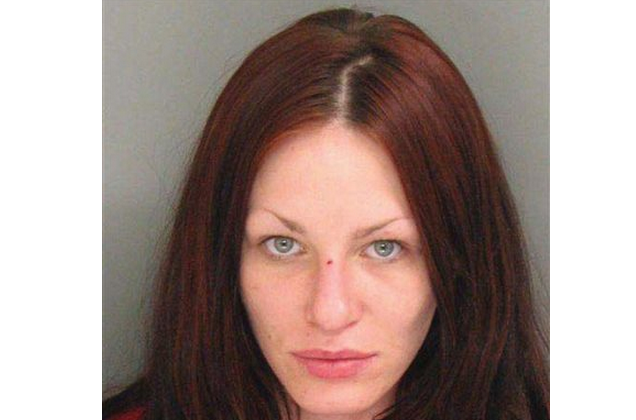 This image provided by the Santa Cruz Police Department shows Alix Catherine Tichleman after she was booked into county jail in Santa Cruz, Calif., on Friday, July 4, 2014. Tichleman was arrested on suspicion of murder after injecting heroin into a Google executive on his yacht in Santa Cruz and leaving him to die when he overdosed, according to police and a newspaper. (AP Photo/Santa Cruz Police)
Crime and Incidents

Alix Catherine Tichelman of Atlanta, Georgia has been accused of injecting a Google executive with heroin and then watching him die–on camera.

Police say that Tichelman provided heroin for Hayes, but the drug hit him badly and he began “suffering medical complications” and lost consciousness.

Security footage shows that Tichelman made no move to help the 51-year-old, instead gathering her belongings and downing a glass of wine before she put the blinds down on the window and left.

The boat’s captain discovered Hayes’ body the next morning.

“She showed no regard for him. She was just trying to cover her tracks,” Santa Cruz Deputy Police Chief Steve Clark, reported the Santa Cruz Sentinel. Police also say that Tichelman destroyed some evidence and removed other evidence from the scene.

The situation happened on November 26, 2013 but police have spent the time since trying to track down Tichelman.

They finally got her in a prostitution sting.

Clark said that Tichelman will likely be charged with second-degree murder.

Police say Clark and Tichelman met on an online dating website that describes itself as being for “sugar daddies” and “sugar babies.”

Tichelman describes herself on social media websites as an artist, stylist, “hustler,” writer, and exotic dancer.

Clark was known to family and friends as a family man with a good sense of humor, who often purchased things on impulse–such as the yacht.

“Forrest will be remembered above all as a loving husband and father. More than anything else he enjoyed spending time with his family at home and on his boat,” according to a January obituary that his family wrote for the Sentinel.

“His brilliant mind, contagious smile and warm embrace will be missed and cherished in memories by his friends and family.”