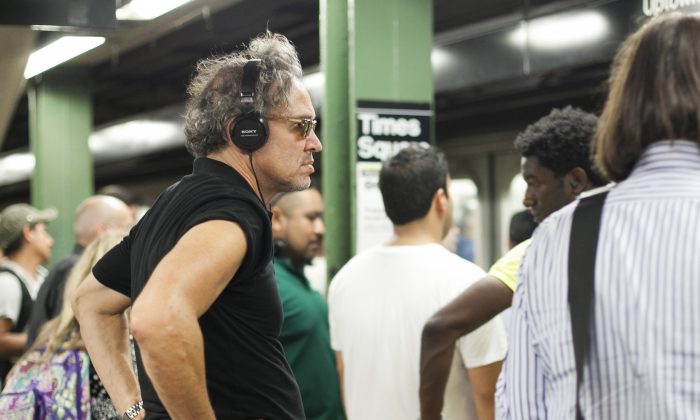 Think About This On Your Next Commute: Traces of Anthrax, Bubonic Plague Found in NYC Subway

Think about this the next time you grip a New York City subway pole: A new study has found that 48 percent of all DNA on the subway’s surface “matches no known organism.”

A study, published Friday by Cornell University, noted that “hundreds of species of bacteria are in the subway, mostly harmless. More riders bring more diversity.” This suggests there’s a “vast wealth of unknown species that are ubiquitous in urban areas” that New Yorkers touch every day.

It also found that one station that was flooded during Hurricane Sandy a few years ago to this day, “resembles a marine environment.”

In likely stressing out more commuters, the study, titled “Geospatial Resolution of Human and Bacterial Diversity with City-Scale Metagenomics,” also found traces of the bubonic plague and anthrax.

The Cornell Researchers spent about 18 months examining the entire subway system. Among the organisms that were identified, there were “1,688 bacterial, viral, archaeal, and eukaryotic taxa, which were enriched for harmless genera associated with skin,” the authors said.

Samples from trains, parks, waterways, subway stations, and trains (all the surfaces, including seats, poles, ceilings, floors, windows, and doors) were taken.

A bacteria heatmap was posted on the interactive website, PathoMap.

Lead researcher Christopher Mason, who is a geneticist at Weill Cornell Medical College, said that repeated sampling could be used for “long-term, accurate disease surveillance, bioterrorism threat mitigation, and large scale health management” in the city, according to a press release.

“Our data show evidence that most bacteria in these densely populated, highly-trafficked transit areas are neutral to human health, and much of it is commonly found on the skin or in the gastrointestinal tract,” Mason stated. “These bacteria may even be helpful, since they can out-compete any dangerous bacteria.”

And despite the seemingly alarming findings, Mason said the organisms aren’t linked to widespread disease or sickness.

“They are instead likely just the co-habitants of any shared urban infrastructure and city, but wider testing is needed to confirm this,” he said. The pathogenic microbes, he noted, don’t “pose a threat to human health” and “presence of these microbes and the lack of reported medical cases is truly a testament to our body’s immune system.”

In 2013, New York’s subway system was used by 5.5 million people per day on average, according to the Metropolitan Transportation Authority.

With the study, Mason hopes that New Yorkers look at their subway commute differently.

“I want them to think of it the same way you’d look at a rain forest, and be almost in awe and wonder, effectively, that there are all these species present — and that you’ve been healthy all along,” he told the New York Times.