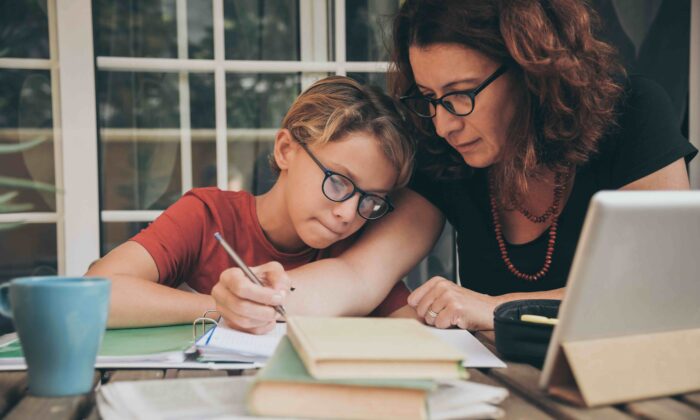 The reality is that if parents do not trust their local school, they will eventually pull their kids out. (Shutterstock)
Viewpoints

There’s an old proverb that says you should never bite the hand that feeds you. It’s a pithy way of saying that it’s never wise to attack your benefactors.

This proverb originates with 18th-century political thinker Edmund Burke. Burke was cautious about change, and he often warned his readers about the dangers of unintended consequences.

Today it’s too bad that more educators don’t heed Burke’s advice. If they did, they would realize that criticizing the communities they teach in, and alienating parents is a surefire way to undermine confidence in public education and put their own jobs at risk.

For example, last year a school posted a message on its outdoor sign stating that farming affects oceans and that the chemicals used in farming hurt habitats and species. That school happened to be in the predominantly farming community of Outlook, Saskatchewan. Community members were not impressed, and they made their displeasure known to school officials.

Meanwhile, some Alberta teachers are using their position to attack the oil industry, which is one of the main employers in that province. As an example, one Grade 10 teacher’s social studies test contained questions asking students to correctly identify the “valid” arguments against oilsands development.

Considering how many Alberta parents work in the resource sector, it is bizarre that any Alberta teacher would think it’s a good idea to indoctrinate students against resource development. Alberta Education Minister Adriana LaGrange was so offended by what she saw that she denounced the biased test questions on social media.

Then we’ve got the situation in Ontario where, earlier this year, a Toronto teacher disseminated a list of anti-Israel resources to his fellow educators. While this teacher was suspended from his position, the school district ultimately chose to take no disciplinary action. As a result, this teacher continues to promote his anti-Israel views throughout the district.

One can only imagine how offensive this would be to the many Jewish families who live in Toronto. Sending your kids to a learning environment where your personal identity is under attack is not appealing. It certainly doesn’t do much to build trust between parents and teachers.

In each of these situations, teachers used their position to promote their personal political views. But teachers are hired to educate students, not to indoctrinate them. A teacher who cannot refrain from pushing his or her personal beliefs at school should work for a lobby group, not a school district.

Unfortunately, most teachers’ unions are doing a poor job of modelling proper behaviour. Visit the website of any major teachers’ union, and you will typically find a heavy emphasis on social justice and even blatant support for one political party over others.

Given the way in which union leaders promote social justice activism, it’s not surprising that many teachers, particularly those who are new to the profession, assume that it is their job to push their “correct” beliefs on their students. Perhaps they experienced this in their teacher education courses.

Fortunately, we can do better. Instead of being on a mission to transform the school community into their own image, teachers should focus on educating their students and leave their politics out of the classroom.

Thus, if you have strong environmentalist convictions and feel that you cannot keep them to yourself while teaching, you might want to ask yourself whether it makes sense for you to teach in rural Alberta or Saskatchewan. If your overriding objective is to turn your students into environmental activists, you will almost certainly alienate their parents. Trust will quickly be broken.

The reality is that if parents do not trust their local school, they will eventually pull their kids out. This will lead to more kids in private schools or even home schools. Fewer students in public education means less funding for those schools and fewer teachers being hired. In the end, breaking trust with the local community leads to long-term damage to schools.

Teachers should focus on educating students so they can make up their own minds about politics. Any teacher who cannot do this should look for another career.

If teachers value their jobs, they will work with parents, not against them. Biting the hand that feeds you is always a bad idea.