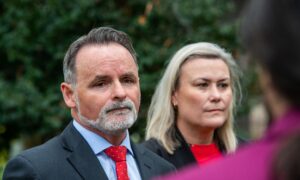 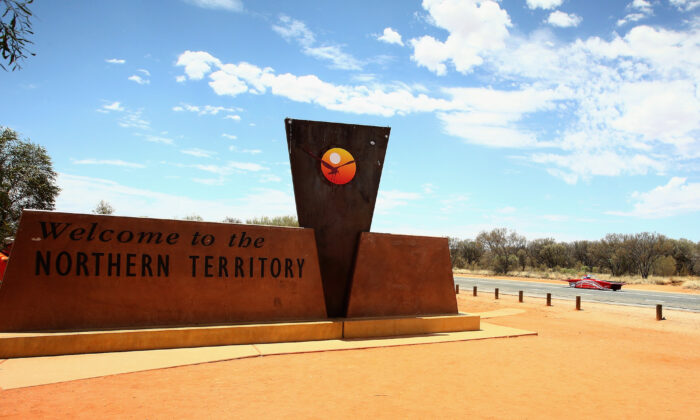 The central Australian town of Alice Springs has entered a 72-hour lockdown as of 1 p.m. local time on June 30 after a mine worker who spent seven hours at the airport infected four family members with the Delta variant of the CCP virus.

The mine worker, who contracted the virus while in Brisbane hotel quarantine, left Newmont’s Granites Mine on Friday, June 25, and spent several hours at the Alice Springs airport, NT Chief Minister Michael Gunner told reporters on June 30.

Despite an initial negative COVID-19 test result on June 26, he has since developed symptoms while isolating in Adelaide, and four out of five of his household contacts have tested positive.

The lockdown direction applies to everyone inside the Alice Springs town council boundary, about 25,000 people, including hundreds of vulnerable Indigenous Australians who live in town camps.

Chief Health Officer Hugh Heggie spoke in the Aboriginal Arrernte language of the Indigenous Alice Springs people and explained that they would need to stay put. Food and assistance will be provided.

“We’re working closely with the (Central Australian Aboriginal Congress) and the council to make sure you’re safe,” he said.

The lockdown comes despite no new cases reported in the NT overnight.

Meanwhile, the lockdown across the Greater Darwin area has been extended for a further 72 hours until 1 p.m. on Friday, July 2. This includes the Darwin, Palmerston, and Litchfield Council areas and Wagait and Belyuen Shires.

The mine worker, a young man from Victoria, had travelled to the mine on June 18 via Brisbane hotel quarantine.

He was one of over 700 fly-in, fly-out (FIFO) mineworkers who have since travelled to Western Australia, Queensland, South Australia, New South Wales, Victoria, Tasmania, New Zealand, and other parts of the NT.

There are understood to be 16 cases linked to the outbreak, but the NT government has only recognised 10.

An infected close contact of one of two mineworkers diagnosed in Queensland hasn’t been included in the Tanami Desert cluster.

The other five are the miner and his family in Adelaide.

Two more infected workers were also located at the mine and evacuated to The Centre for National Resilience in Howard Springs quarantine facility, near Darwin.

A Darwin man in his 50s, who left the mine on Friday, was also diagnosed with COVID-19.

He travelled to multiple venues, including Darwin’s members-only watering hole, the Buff Club, where he stayed for more than four hours before being ordered to quarantine.

The most recent cases are the wife and daughter of a mine worker who tested positive for the virus after also leaving the mine on Friday and travelling to Palmerston, 20km south of Darwin.

All were in quarantine at the Howard Springs facility when they tested positive.

Darwin and its surrounding areas have been in lockdown since Sunday. However, there are hopes that the restrictions will end on Friday.