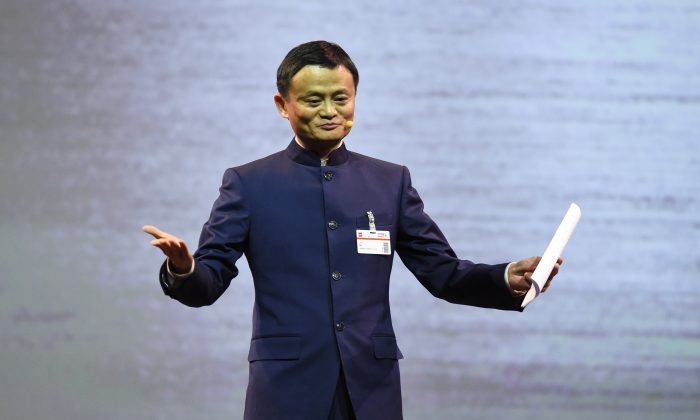 “Alibaba is either not capable of or interested in addressing this problem,” it stated in the letter by the American Apparel and Footwear Association (AAFA).

It has over 1,000 members, among them the who’s who of American fashion: Tommy Hilfiger, Ralph Lauren, Calvin Klein, Abercrombie and Fitch. … Only Nike is missing.

On Tuesday Alibaba replied to the concerns without citing any concrete evidence of improvement: “Our track record of fighting illicit activities is clear, and like all global companies in our industry, we must continue to do everything we can to stop these activities,” a spokeswoman told the Wall Street Journal.

AAFA would beg to differ, citing the following concerns regarding the Chinese version of eBay where mostly smaller vendors sell to the public:

So the AAFA urged the U.S. Trade representative Michael Froman to put the company back on the “notorious markets” list issued annually by the department. Taobao had been part of the list until 2012 because of “widespread availability of counterfeit and pirated goods in its online market.”

Chinese Internet Giant, Alibaba, Openly Challenges Regime
Alibaba Did Well in China but Is Unlikely to Replicate This Success Elsewhere

It was delisted in 2013—just in time for IPO preparations—because of apparent improvements, which are equally vague: “Alibaba Group informed USTR that the company, which owns Taobao and T-Mall, continued its efforts to address stakeholders’ complaints, including by reportedly removing millions of listings,” the 2015 review states.

This, however, is not what AAFA members have found out and also not what Alibaba said in its initial IPO filings with the SEC: “Although we have adopted measures to verify the authenticity of products sold on our marketplaces and minimize potential infringement of third-party intellectual property rights through our intellectual property infringement complaint and take-down procedures, these measures may not always be successful.” USTR stated it will monitor the situation.

This rather lax attitude is exactly what AAFA is concerned about, however difficult it may be for Alibaba to control the hundreds of billions in merchandise traded by millions of private vendors.

On the other hand, it would be a major embarrassment for Alibaba to appear on the notorious list again, as it would be the only publicly traded company on there. Otherwise the list contains mostly websites, which host pirated software and videos such as Elitetorrent.com and Darkwarez.pl.

It also lists physical counterfeit markets in countries like Brazil, India, Mexico, and of course China.