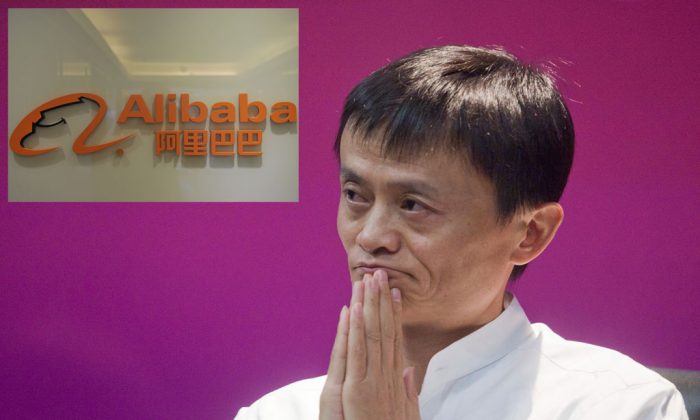 Jack Ma poses in front of the logo of Alibaba.com near its office in Hong Kong on Feb. 22, 2012. (Aaron Tam/AFP/Getty Images)
Business & Economy

Alibaba’s IPO Is a Huge Windfall for Existing Shareholders

One thing is for sure: Alibaba’s IPO is going to be huge. The answer to other questions, such as valuation, use of capital, and the track record of Chinese stocks on U.S. exchanges are less obvious.

First of all, what is Alibaba going to do with the money? Traditionally, IPOs are a vehicle for companies to raise capital and invest it in productive ventures so the shareholders can earn a return. A new oil rig, research and development spending, product launches.

For Alibaba, the purpose is less clear. “We plan to use the net proceeds we will receive from this offering for general corporate purposes,” it stated in the prospectus filed with the Securities and Exchange Commission. Not very forthcoming. It also said the proceeds will be used outside China, which makes sense if you are raising dollars.

It has been rumored Alibaba wants to enter the fiercely competitive e-commerce market of the United States where it will be up against established giants such as eBay or Amazon.

Given the rather vague description of what the company wants to do with the $8 billion it is going to raise by selling 123 million shares, it is interesting to know that Alibaba doesn’t actually need the money.

“Pending the use of net proceeds from this offering described above, we intend to invest our net proceeds in short-term, interest bearing, debt instruments or bank deposits,” the prospectus states. They will be in the good company of another $7 billion of cash and short-term investments.

Alibaba isn’t a capital-intensive business: its property and equipment assets are a paltry $900 million and even intangibles are only worth $307 million.

So if you are not planning on undercutting Amazon with loss leaders for the next five decades, or are intent on buying it outright, what is the money for? Nobody knows for sure, but it is clear that Alibaba’s existing shareholders are immensely benefiting from cashing out.

They are selling a grand total of 197 million shares for $13 billion—after all fees and discounts—at a price of $67 and a pretty steep valuation of 42 times fiscal 2014 earnings.

Japanese SoftBank, Yahoo, chairman Jack Ma and vice chairman Joseph Tsai are the ones who stand to benefit most.

They have a good reason for cashing out. They are getting a very good price for their shares. As for future returns, the track record is actually quite poor.

When Chinese companies are first listed on American markets, they have lost an average 1 percent a year for the following three years, compared with an average 7 percent annual gain for other U.S. IPOs, according to research by Jay Ritter, a finance professor at the University of Florida.

As with everything else in China, Alibaba is all about size. We’ll have to check back next year whether it will also be profitable for investors.