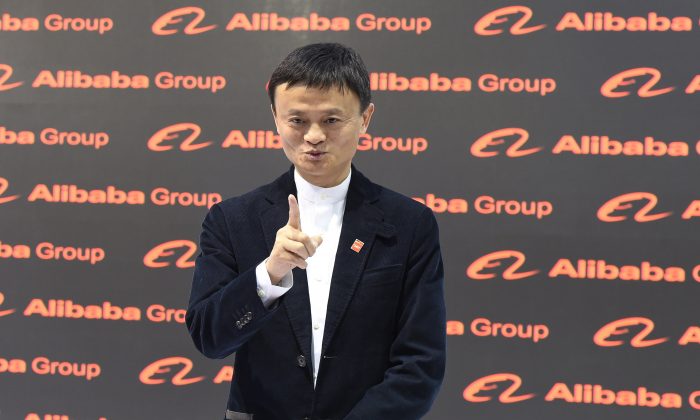 Jack Ma poses for the media at the Alibaba booth during the opening day of the CeBIT technology fair in Hanover, central Germany, on March 16, 2015. (Tobias Schwarz/AFP/Getty Images)
Business & Economy

Alibaba Takes Stab at Barron’s for Article About Stock Decline

Alibaba has fiercely responded to the Barron’s story titled, “Alibaba: Why It Could Fall 50% Further,” writing an open letter to the magazine’s editor saying the article “lacked integrity, professionalism and fairness.”

“It’s time to get real. A decline of up to 50 percent looks far more likely,” wrote Jonathan Laing in his article.

The story mentioned a wide range of issues for the company including China’s economic struggles, growing competition, and the scrutiny of the company’s culture and governance.

The letter Alibaba published on its website, criticized Laing for having “factual inaccuracies and selective use of information” in the article.

Alibaba objected to Laing’s valuation analysis by claiming he used the wrong price-earnings (PE) multiple and a wrong company to compare it with.

With respect to the questions of inflated growth figures, the company defended its reported financials and operating metrics and accused Laing of miscalculating certain figures.

In response to the accusation of “Alibaba’s alleged failure to crack down on the sale of product knockoffs on its sites,” the company mentioned that it spent roughly $160 million in 2013 and 2014 to fight counterfeiting and enhance consumer protection.

Alibaba also replied to the criticisms on corporate governance, especially the personal integrity of founder Jack Ma; the issue of Alibaba’s partnership model; the controversial selling of Alipay in 2011, and related party transactions.  The company said: “These attacks are not supported by the facts.”

The company recently lowered its expectations for gross merchandise volume (GMV) for the second quarter. Shares of Alibaba which currently trades below its IPO price of $68, are down almost 40 percent since the beginning of this year.