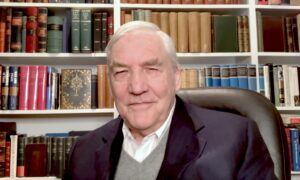 Since the Nov. 3 election, banners with the words “Stop the Steal” have been popping up across the country. Stop the Steal is a protest movement petitioning the government for fair elections and transparent counting.

In an interview with American Thought Leaders, Ali Alexander, the National Organizer of Stop the Steal, says it’s representing people who believe there was election interference.

Alexander created Stop the Steal in Florida back in 2018. It has a national coordination of about 15 people.

They don’t want any political party involved and don’t ask for large funding.

He continues on to say “I don’t want any permits for our First Amendment movement. I don’t want any grand agendas or staging at any of our things. This needs to feel very organic because it is organic.”

According to Alexander, it if weren’t for the movement, there would have been a huge disconnect between the American people and the issue of election fraud.

He also says they play a significant role in moving election hearings along in battleground states.

Stop the Steal wants elections that were not transparent to either be investigated or thrown out.

Protests will take place in all 50 states along with a large march in Washington on Saturday afternoon, Dec. 12, 2020.