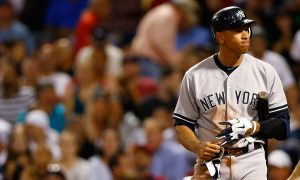 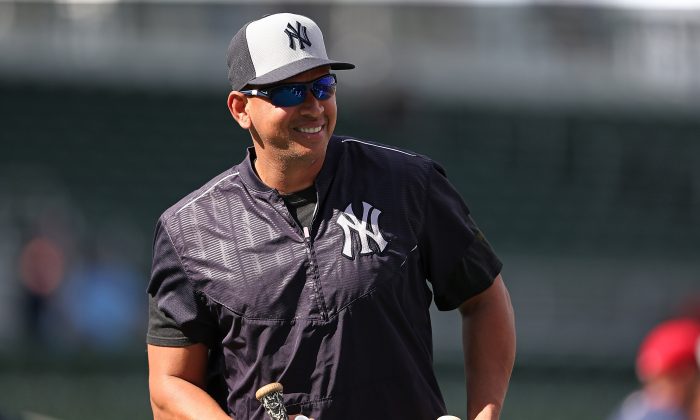 Alex Rodriguez, who twice has signed the richest contract in baseball history, apparently has a new billionaire girlfriend.

People first reported that A-Rod, who signed a 10-year, $252 million contract with the Texas Rangers in 2001 (that had an opt-out clause) and then another 10-year, $275 million deal with the New York Yankees in 2007, was seen having lunch and holding hands with Anne Wojcicki—the ex-wife of Google billionaire co-founder Sergey Brin.

surely Anne Wojcicki could do better than A-Rod? https://t.co/zkbPGKO8VX

A-Rod and Wojcicki, who founded the personal genomics analytics company 23andMe, were seen eating by TMZ at Green Lemon—a Mexican restaurant in Tampa, Florida, near where the Yankees play spring training.

And while A-Rod no longer has the richest contract in the game (Giancarlo Stanton signed a $325 million deal with Miami), Wojcicki was wealthy in her own right before her divorce settlement from Brin—who’s worth somewhere in the area of $30 billion.

Meanwhile on the field, Rodriguez is just 13 home runs away from being the fourth player ever to join the 700 home run club, joining Babe Ruth, Hank Aaron, and Barry Bonds.

Rodriguez, who was suspended for the entire 2014 season for performance enhancing drug use, hit 33 home runs last year—his most since 2008. But the 14-time All-Star and 10-time Silver Slugger slowed down in the second half of the season. Rodriguez hit just .216 with 15 home runs after the All-Star break, after hitting 18 home runs with a .278 average in the 82 games before the Midsummer Classic.