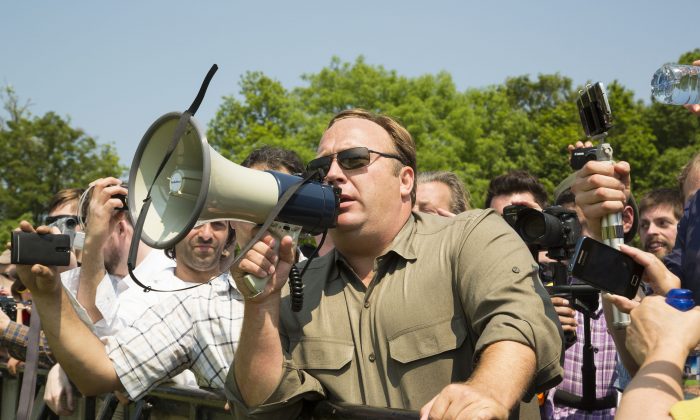 InfoWars radio host Alex Jones has claimed he was offered White House press credentials, according to a video he posted on YouTube.

“Here’s the deal, I know I get White House credentials, we’ve already been offered them, we’re going to get them, but I’ve just got to spend the money to send somebody there,” Jones says.

“I want to make sure it’s even worth it. I don’t want to just sit there up there like ‘I’m in the media, look our people are there'” he continued. “But there is investigative journalism, or people to interview in DC. Might be good to put a few reporters there.”

However, the White House Press office has denied it offered credentials to Jones, who is often described by mainstream pundits as a conspiracy theorist.

In the video, Jones also suggested that a CNN reporter shouldn’t be in the front row at the White House daily briefing.

“[Trump] keeps saying CNN is fake, and I’m not going to any of your fake news. What’s CNN doing in the front row, when Spicer keeps going to them?” Jones asked.