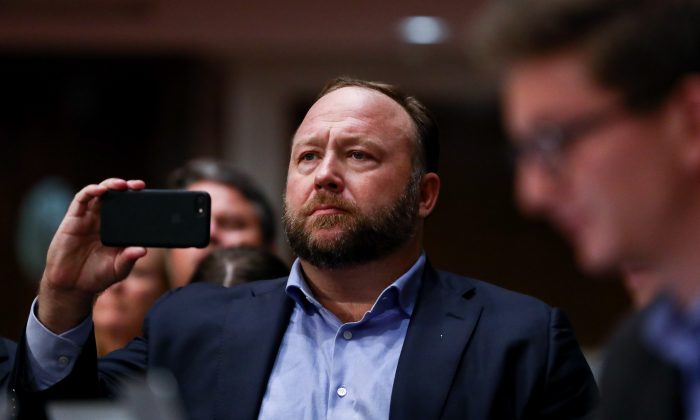 InfoWars founder Alex Jones must pay damages to the families of some of the children who were killed in a 2012 mass shooting in Connecticut, a Texas judge has ruled.

Jones and his company “repeatedly violated this court’s discovery orders,” Travis County Judge Maya Guerra Gamble, a Democrat, said in her ruling, which was dated Sept. 27 and unsealed Thursday.

The defendants “unreasonably and vexatiously failed to comply with their discovery duties” in multiple lawsuits concerning Sandy Hook filed by parents of victims, including Scarlett Lewis and Leonard Pozner, Gamble also wrote.

The judge entered a default judgment against Jones and the other defendants. She said lesser penalties had not been effective in the past in compelling adequate responses to discovery and that she was taking into account the defendants’ “general bad faith approach to litigation, Mr. Jones’ public threats, and Mr. Jones’ professed belief that these proceedings are ‘show trials.'”

A default judgement can be entered when one party fails to perform an action ordered by the court. Such judgements are rare.

The amount of the damages will be decided by a jury at a future date.

Jones and the other defendants showed “blatant disregard for the court’s authority,” Bill Ogden, a lawyer for the plaintiffs, told The Epoch Times. They believe the ruling was correct.

“We will file a motion for reconsideration, and, if necessary, an appeal. Mr. Jones has been compliant with discovery. The plaintiffs are resorting to legal gamesmanship in the hopes of avoiding trying questionable cases on the merits,” he added.

Jones said in a joint statement with Pattis that the judgement did not take account of the tens of thousands of documents produced by the defendants, the hours they spent sitting for depositions, and the various sworn statements filed in the cases.”

The pair noted that the cases in question are all before the U.S. Supreme Court after the Texas Supreme Court in January denied attempts to dismiss them.

“We are distressed by what we regard as a blatant abuse of discretion by the trial court. We are determined to see that these cases are heard on the merits. Nothing less than the fundamental right to speak freely is at stake in these cases,” they added. “It is not overstatement to say the First Amendment was crucified today.

The cases date back to 2018, when Pozner and other parents lodged separate complaints over Jones’s comments regarding the mass shooting at Sandy Hook Elementary School in Connecticut in 2012.

Authorities say Adam Lanza, 20, opened fire and killed 26 people, including 20 children. Lanza committed suicide before he could be arrested.

Jones has suggested that the shooting was faked and that parents of the victims are lying.

In depositions in 2019 that Jones sat down for as part of the legal cases, he said he had something akin to a “form of psychosis” that made him question everything. Jones also said that he talks for his show about four hours a day “and I can’t remember what I talked about sometimes a week ago.”

Jones has lost at least one other case related to his comments about Sandy Hook. He was ordered later in 2019 to pay $100,000 to Neil Heslin, whose 6-year-old son was one of those shot.

Editor’s Note: This article has been updated with comments from Norm Pattis.