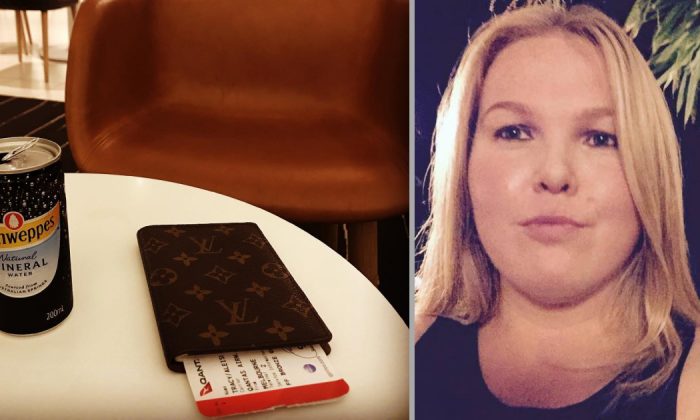 Authorities are investigating how a Victorian woman passed away on March 1 during what would usually be a typical flight from Los Angeles, California.

She was on the way home after a holiday in the United States when a medical emergency was declared aboard.

They stayed with her until the plane landed at Melbourne Airport at about 9 a.m. local time. Paramedics and police boarded the plane and confirmed Tracy was dead.

The 34 year old died despite the best efforts of two medics on board the flight.

The spokesperson told the Daily Mail the incident was “tragic” and would not reveal any further details.

A woman who told she was also a passenger on the flight said on social media the flight crew and doctors did everything they could to save Tracy’s life.

“We were on this flight and the Qantas staff could not be faulted, they were amazing,” she said. “A very sad situation and my thoughts are with the family.”

Victoria Police had already reported Tracy’s death on Qantas flight QF94 to the coroner to investigate, and a post mortem examination was scheduled for April 2.

When contacted by authorities, Tracy’s family and friends appeared to have no clue about exactly what could have caused her death since she had no known medical conditions and appeared to be in good health when she boarded the plane that departed LAX, on March 31 at 10.40 p.m. local time.

“No bubbles here, this bad ass needs a rest,” Tracy said in an Instagram post during her trip with a photo of her boarding pass dated March 23. “#qantas #a380 #vivalasvegas #viaLA #comeatmesleep #luxetouristing #seeyanextweek”

Friend and former colleague Natalie Grimaud said she would not forget Tracy.

“RIP beautiful girl,” she said in an Instagram comment. “We had some awesome laughs together in the good old Optus days. You will be dearly missed.”

“Rest in peace, you will be missed by many,” Erick Hoeffner said.

“So sad what happened to you,” Craig Crawford said.

“She sure was an alcoholic,” Sefina Leaena said.

On social media Tracy appeared to be excited about moving into a new apartment that was under contract and still awaiting settlement.

Hey NYC! After a one year absence, Ima coming back and I can’t wait. 295 days (crossing fingers my apartment settles before then) #November #newyorkcity #newyorknewyork #airnewzealand #travel #homeviavegas #thehighline #chelsea

In 2018, Tracy confirmed in the past she had travelled between L.A. and Melbourne many times before.

‘The 787 is maybe suitable for a trip to Bali but that is it,” she said on social media. “Melbourne to LA—the only advantage of this flight is the fact it doesn’t arrive at 6 a.m. in the morning like the A380 does but that is it.”

Several concerned citizens gave their educated guesses at what may have caused Tracy’s death.

“Deep vein thrombosis, most likely,” Leah Withington said. “I would drink alcohol on a huge flight to thin out my blood and take aspirin but I’m a weirdo who worries about everything.”

“Humble blood clot in your leg, which can end up in your lung,” Ross Gage said.

Tracy’s family members would not comment on what really could have caused her death.