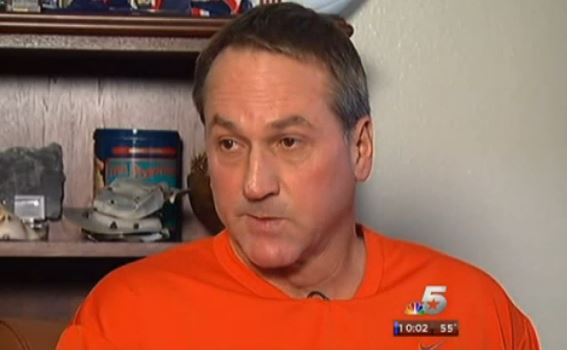 Aledo High School Coach Tim Buchanan has been accused of bullying after his team won 91-0 over visiting Fort Worth Western Hills.

For Buchanan, the win wasn’t so much of a good thing. He gathered his assistants to go over the game.

“We were just sitting there,” Buchanan said, reported the Star-Telegram. “You’d have thought we got beat. I looked around and asked, ‘Is there anyone here that feels good?’”

At least one parent at Western Hills felt the same way, accusing the coaching staff of bullying.

Buchanan, in his 21st season as head coach, is required by state law to fill out a written report.

The bullying complaint “compliments our players, saying they showed extremely good sportsmanship,” Buchanan said Tuesday morning, reported ESPN. “This was not directed at our team, but the coaching staff for not instructing our players to ease up and quit playing hard once the game was in hand.”

Buchanan said that he has the school’s support, but is taking the allegation seriously.

“I have to address it,” Buchanan said. “It’s not something you can laugh off or anything like that.”

“I think the game was handled fine,” Naylor said. “They’re No. 1 for a reason, and I know coach Buchanan. We’re fighting a real uphill battle right now.”

For Buchanan, the choice of what to do in such a situation is not easy.

“In the first half, I’m excited about us scoring, then I’m sitting here going ‘what the heck am I going to do?’” he said.

He pulled his starters on offense after 21 snaps, and the team’s quarterbacks combined in total for 10 pass attempts.

But he also said that it’s important to continue playing hard no matter what the score is.

“To go out and tell your kids, ‘No, I don’t want you to play hard, because we’re ahead,’ that’s against every fundamental coaching strategy that you have,” he said.

“In actuality, we probably could have scored a lot more,” he added. “We did try to keep it down. I was really fearful that we were going to score 100.”

Derek Citty, superintendent of the Aledo Independent School District, said that the district takes the complaint just as seriously as a complaint about a group of students bullying a classmate.