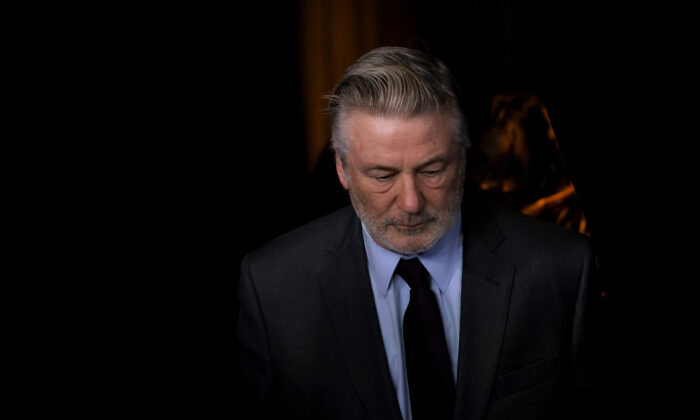 Actor Alec Baldwin will take part in the continuation of the movie “Rust,” keeping the lead role, a lawyer for the production said on Monday, even though prosecutors announced he will be charged in the death of cinematographer Halyna Hutchins.

Baldwin will keep his role as grandfather Harland Rust, and Joel Souza will return as director after being wounded in the Oct. 2021 shooting, said Melina Spadone, an attorney for Rust Movie Productions.

“The film is still on track to be completed,” Spadone said in a statement.

An investigation by Santa Fe County Sheriff’s Office has yet to reveal how live rounds got onto the set.

Santa Fe District Attorney Mary Carmack-Altwies said in a statement that Baldwin and Hannah Gutierrez-Reed, the film’s armorer, will both be “charged in the alternative” with two counts of involuntary manslaughter.

One charge of involuntary manslaughter will require proof of negligence. It is punishable by up to 18 months in jail and a $5,000 fine under New Mexico law.

The second manslaughter charge prosecutors are pursuing—which carries five years in jail—would require proof beyond a reasonable doubt that Baldwin was more than just negligent.

Conviction for the second and most serious manslaughter charge would likely require proving Baldwin’s behavior was reckless or “an extreme departure from the care a reasonable person would exercise in similar circumstances,” according to experts.

Prosecutors say a jury may ultimately decide which definition of manslaughter to pursue. But first a judge will have 60 days to weigh whether there is sufficient evidence to proceed.

Legal analysts said prosecutors face an uphill battle convicting Baldwin of criminal charges without proof he knew live ammunition was present and took no precautions. Some suspect they are seeking a plea deal with the Emmy-winning “30 Rock” and movie star.

“There doesn’t seem to be a lot of evidence that people were acting in a way that they were actually aware of what the danger was, and acting with disregard for the danger,” said Kate Mangels, an attorney with entertainment law firm Kinsella Weitzman Iser Kump Holley.

Carmack-Altwies says a movie set armorer has the responsibility to ensure ammunition and guns are handled safely and has the authority to halt rehearsals or filming at any time concerns arise.

The district attorney alleges that Gutierrez-Reed should have noticed the difference between a live round and a dummy round.

Dummy rounds typically rattle when shaken—the sound of a BB inside—and have a dimpled base or other possible markings. Blanks contain a charge but have no slug or bullet at the tip.

Experts could not cite another instance in which criminal charges stemmed from an accidental shooting death on a film set.

When Bruce Lee’s son, Brandon Lee, was fatally shot by an improperly inspected gun on the set of “The Crow” in 1993, prosecutors concluded it was an accident caused by negligence and declined to bring charges.

Andrea Reeb, the special prosecutor appointed in the “Rust” case, said in a statement on Thursday that “the evidence clearly shows a pattern of criminal disregard for safety on the ‘Rust’ film set.”

Halyna Hutchins died shortly after being shot during rehearsals for the movie “Rust” on the outskirts of Santa Fe on Oct. 21, 2021.

Baldwin was pointing a pistol at Hutchins when it discharged a live round, killing Hutchins and wounding Souza. No charges will be filed in relation to the non-fatal shooting, Carmack-Altwies said.

Gutierrez-Reed, the armorer who oversaw firearms on the set, has been the subject of much of the scrutiny in the case, along with an independent ammunition supplier. An attorney for Gutierrez-Reed has said that the armorer didn’t put a live round in the gun that killed Hutchins and believes that she was the victim of sabotage. Authorities said they’ve found no evidence of that.

Baldwin previously said that he didn’t pull the trigger, describing the incident as a “tragic accident” while noting that live rounds should never have been allowed on the set.

In an interview with ABC News in 2021, the actor said the pistol fired after he cocked it while rehearsing camera angles with Hutchins.