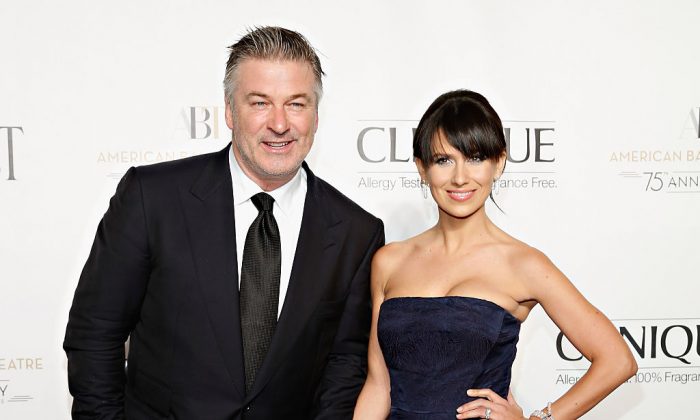 Actor Alec Baldwin has admitted to having treated women badly, but hopes that the sexist culture of Hollywood will change.

The actor made the comment while accepting an award for supporting the educational initiatives of the The Paley Center for Media on Nov. 2. The event included a conversation with Saturday Night Live writer-producer Steve Higgins.

Baldwin brought up the topic of sexual misconduct accusations shocking Hollywood. The Emmy Award-winning actor admitted that he had himself mistreated women during the course of his career.

“From time to time, I’ve done what a lot of men do, which is … when you don’t treat women the same way you treat men.

Baldwin pointed out that the sexist attitude so visible now in Hollywood is deeply ingrained in our entire culture. “I think it’s important for us to try to make the workplace and beyond not only comfortable and right and fair and appropriate but as productive, as well.

“I think a lot of what we’re dealing with within this issue is hurting our business. It’s making it less productive,” Baldwin said.

The actor claimed that he did not know details about the two most prominent sexual-harassment cases happening in Hollywood right now, the Harvey Weinstein and James Toback investigations. Weinstein and Toback face several hundred accusations by actresses stating that they were pressured, sexually harassed, or raped by the two Hollywood power players.

“I knew of certain things, that there were rumors of things happening to people, but I didn’t necessarily know the scope, when you hear the hundreds and hundreds of women who are complaining about this,” the actor admitted while accepting the Paley Center award.

“It’s been a very eye-opening experience for me personally. We’ve got to be vigilant in a new way to make sure that everybody is comfortable and that we get the job done together that we’re there to do.”

Alec Baldwin worked with writer/director James Toback on two movies, the 2013 documentary “Seduced and Abandoned” and the yet-to-be-released “The Private Life of a Modern Woman.”

In an interview in the Los Angeles Times, Baldwin claimed, “In my time with Jimmy, it was absolutely, positively business.”

“In all the time I’ve known Jimmy, I never had one conversation about his sex life, which is not unusual for me because I’m not sitting down with some guy and he’s saying to me, ‘Man, you should have seen what I did last night with this girl in this hotel.’ I don’t go there.”

Despite these assertions, Baldwin later admitted that he had heard a good deal about Toback’s abuse of women.

“He had an appetite for going up to women and saying salacious and provocative things to them and introducing himself with his credentials and so forth, and laying that on people to seduce them,” Baldwin related.