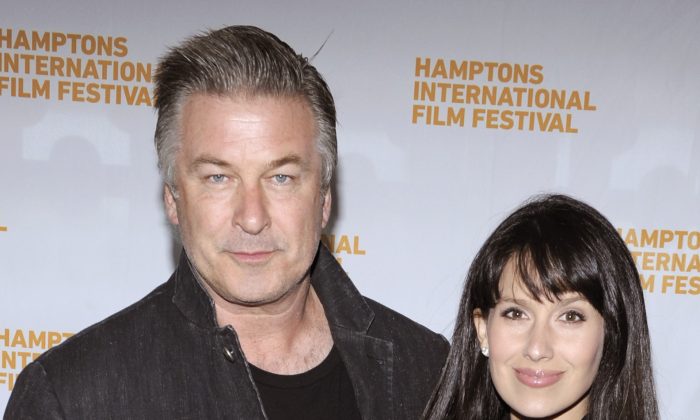 Alec and Hilaria Baldwin are the proud parents of another bundle of joy.

The married couple of four years welcomed their third child—their second son—on Sept. 12 in New York City, announcing the news to their thousands of followers on Instagram.

“We are so pleased to introduce you to our new baby, Leonardo Ángel Charles Baldwin. It was such a special day bringing him into this world,” Hilaria wrote alongside a photo of herself in bed cradling the newborn.

We are so pleased to introduce you to our new baby, Leonardo Ángel Charles Baldwin. It was such a special day bringing him into this world

The Baldwins are also parents to 3-year-old Carmen Gabriela and 14-month-old Rafael Thomas.

In a March 2016 interview with New Beauty, Hilaria talked about balancing motherhood and fitness.

“I’m obsessed with my children and want to spend every moment with them, but you have to create the time,” said the yoga enthusiast.

“I try to workout during what I call ‘found moments’ while I’m doing things like cooking or watching TV. You can take that moment and fit your fitness in at the same time, it’s all about making the time whenever and wherever you can, staying active and not expecting perfection.”

Alec Baldwin is also father to 20-year-old Ireland, from his previous marriage to Kim Basinger.

When Baldwin isn’t tending to his children, fans can watch him host “Match Game” on ABC on Sunday nights at 10 p.m. EST.