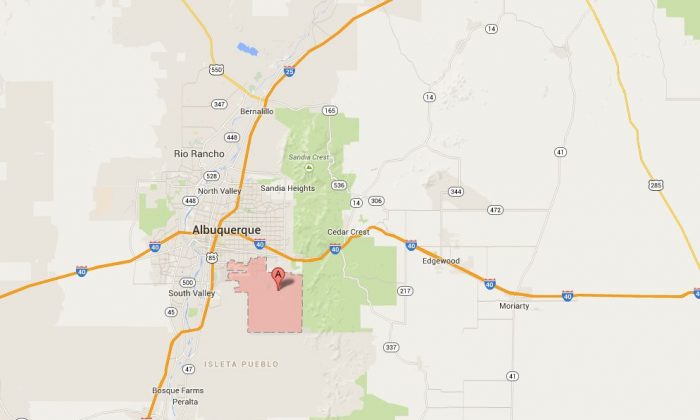 Albuquerque, New Mexico, schools were placed on lockdown on Monday afternoon after reports of a shooting. The shooting reportedly took place near Kirtland Air Force Base.
US

Albuquerque Shooting: Schools on Lockdown; Near Kirtland Air Force Base

Albuquerque, New Mexico, schools were placed on lockdown on Monday afternoon after reports of a shooting.

The shooting reportedly took place near Kirtland Air Force Base.

KRQE-TV said police should avoid the area around Eubank and Southern in southeast Albuquerque.

A large police presence was seen in the area.

AUSTIN, Texas (AP) — A panel of Texas lawmakers on Monday unanimously authorized spending another $86 million on the state’s law enforcement surge at the Mexico border, a move that will allow National Guard units to be gradually replaced by state troopers and surveillance technology.

The 10 Senate and House members of the bipartisan Legislative Budget Board approved the extra funding, despite Democrats’ concerns during the hearing about a “militarized” border. Some Republicans, meanwhile, worried that the National Guard may be needed for longer than planned if President Barack Obama’s recent executive action on immigration sparks a new surge of people pouring into Texas illegally.

Gov. Rick Perry ordered up to 1,000 guardsmen to the Rio Grande Valley in July amid an unprecedented wave of illegal border crossings that has since slowed, claiming at the time the influx of immigrants had made it easier for drug and criminal games to operate. All guardsmen are set to head home by April.

The board’s vote takes funding from other, mostly unrelated parts of the state budget, including money left over after other agencies paid down outstanding debts. It means the surge is now financed through August.

The extra funding covers overtime payments that will mean the equivalent of 640 additional state troopers and other police personnel, Department of Public Safety Director Steve McCraw said. He said that, unlike guardsman who couldn’t make arrests, troopers can stop illegal activity, moving the state “from defense to offense.”