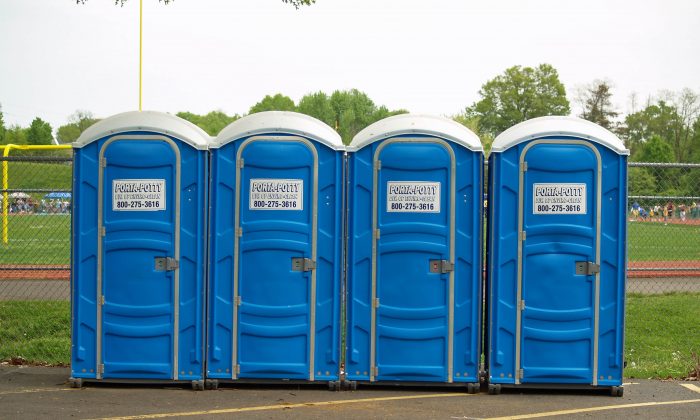 The Albuquerque Journal reports 22-year-old Aaron Gonzales was arrested in the Pussycat Video store’s parking lot on Tuesday and is facing drug-trafficking charges. Andres Plata, an 18-year-old who is accused of leading an undercover officer to Gonzales, also was arrested.

Court documents show Plata, who said he was Gonzales’ brother, took the officer to the porta-potty after he asked him for heroin.

The officer ended up buying $10 worth of heroin and $10 worth of methamphetamine as part of the investigation before Gonzales was arrested.

It’s not known whether Gonzales or Plata have an attorney.

Kathie J.’s STUPID NEWS – Homie was busted selling drugs out of a port-a-potty.