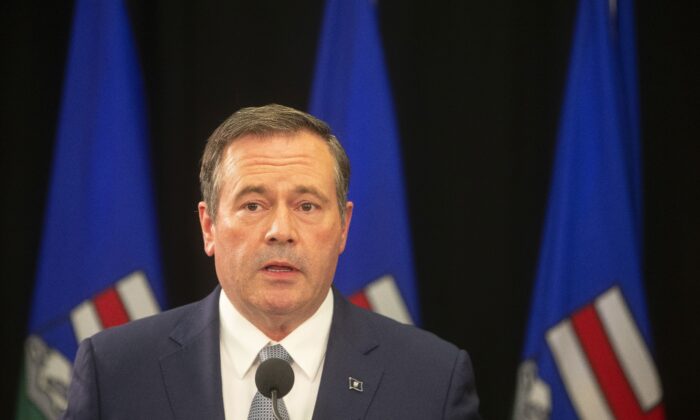 Albertans voted to remove equalization from the Canadian Constitution in the recent provincial referendum. The question remains, what happens now, if anything.

The referendum, held in conjunction with municipal elections on Oct. 18, asked Albertans if they wanted Section 36(2) of the Constitution Act repealed to end equalization, a federal program that has taken over $630 billion net from Alberta than what the province has received back in federal benefits and transfers since the mid-1960s.

On Oct. 26, the province announced that 61.7 percent voted to repeal the program. Premier Jason Kenney said the result would be acknowledged by a motion in the legislature and urged Ottawa and other provinces to respond.

“These results have given Alberta’s government a powerful mandate to secure changes to equalization and other federal transfers that have treated Albertans unfairly for so long,” Kenney said in a press release on Oct. 26.

Geoffrey Hale, a political science professor at the University of Lethbridge, said rhetoric prior to the referendum sent a “very mixed message” and the result has little chance of changing anything.

“The question itself had to do with amending the Constitution, … which frankly is not only beyond the capacity of any province, but it doesn’t even inhabit the real world given the fact that you need seven provinces [with] 50 percent of the population [in agreement] to pass a constitutional amendment, and there are at least six provinces that are chronic equalization representatives,” Hale told The Epoch Times.

In a press conference Oct. 26, Kenney said jurisprudence shows that a motion of the provincial legislature backed by a clear majority on a clear question requires members of the federation to come together in good faith. However, he acknowledged that only Saskatchewan Premier Scott Moe has promised his support for changes.

“We are realistic in recognizing that this likely would not achieve 7-50 [seven provinces each with 50 percent of the population agreeing]. But that doesn’t prevent us from initiating negotiations with the federal government,” Kenney said. “And I would hope and expect that they would respond by acknowledging the need to address fundamental unfairness in the whole system of federal transfers, of fiscal federalism, including the fiscal stabilization program.”

To further wrest control from Ottawa, the province created the Alberta Parole Board in February and appointed its own chief firearms officer in August. Kenney said his government would continue to pursue other recommendations made by the Fair Deal Panel and release a study on a provincial police force by the end of the week. A withdrawal from the Canadian Pension Plan in favour of a provincial plan remains under examination.

Duane Bratt, political science professor at Mount Royal University in Calgary, said the referendum vote would have been more emphatic if not for the waning popularity of the Kenney government.

“Two years ago when this idea was launched, they clearly thought that they would get 75 to 80 percent on this, not 62, … and I think they would have also liked a much larger voter turnout,” Bratt said in an interview.

Barry Cooper, a University of Calgary political science professor, says the vote gives Kenney some leverage, although he believes the premier could have done more to bolster support for the vote.

Despite the outcome, it will still be an uphill battle to get concrete results out of the referendum, he says.

“No matter if we got 99 percent, Canada would say, ‘no, thank you, we’re quite happy with the way things are.’”

Bratt says equalization existed prior to the 1982 Constitution Act and could still potentially remain even in the unlikely event Section 36(2) was repealed. The current equalization formula expires in 2024, and he believes minor changes are possible.

“They can always tweak the formula, and that will allow everybody to say, ‘See, we listened to Alberta,’ and it allows Kenney to declare a win and Trudeau a win,” he says.

“I don’t think that’s what people are actually looking for. I think people who voted yes to the referendum want to see something much more major, [such as] rebate cheques or a pipeline through Quebec.”

Cooper believes concessions are unlikely because of the mutual dislike between Albertans and Trudeau, and Hale agrees.

“Mr. Trudeau doesn’t have a whole lot of political capital around here to protect and I don’t think he owes anything to Mr. Kenney. The notion that it might owe something to national unity is a nice thought, but not one that is consistent with the way that Ottawa has generally behaved,” Hale said.

“Mr. Trudeau could always exceed expectations, but there has to be some other reason to do so other than pretended benevolence.”