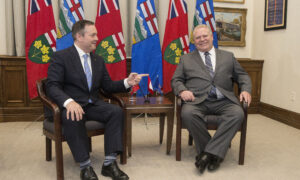 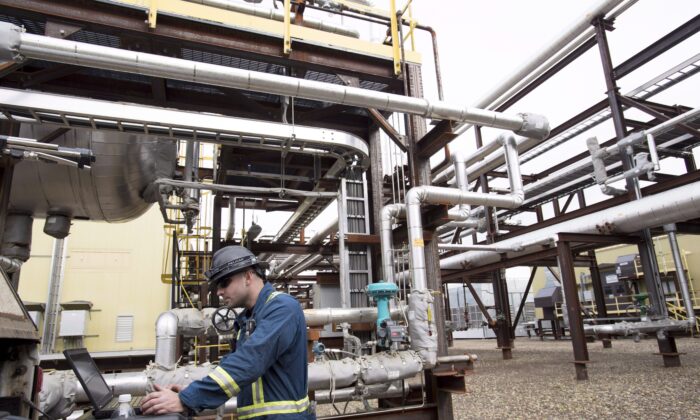 Alberta Premier Jason Kenney has set out an ambitious new natural gas strategy that aims to transform large swaths of the sector by 2030.

“We’ll expand Alberta’s natural gas sector, moving from the extraction and industrial use that currently make up most of our activity, and adapt it to meet the world’s needs using cutting-edge technology,” Kenney told reporters on Tuesday.

“This is the path to diversification.”

The plan calls for Alberta to become a global supplier of “clean, responsibly sourced natural gas and related products, including hydrogen, petrochemicals, and recycled plastics.”

One of the five planks of the plan is to develop large-scale hydrogen production with carbon capture and distribution across the provincial economy by 2030.

“Putting Alberta on the global hydrogen map now as this energy source is beginning to gain prominence and promise will be crucial,” said Kenney

According to the World Economic Forum “hydrogen technologies can make our economies cleaner, more secure and more resilient.”

But carbon capture is still a developing technology. The process is complicated and expensive, raising some challenges to the new strategy. Alberta is, however, home to one of the most effective carbon capture facilities in the world with the Quest carbon capture and storage project at the Scotford Upgrader north of Edmonton.

Kenney also wants Alberta to become the top plastics recycler on the western half of the continent by creating a Western North America “centre of excellence for plastics diversion and recycling” by 2030.

“It is clear the problem is not plastics. It is plastics waste. As Canada’s largest and most technologically advanced plastics manufacturer, Alberta is well positioned to demonstrate domestic and global leadership to reduce waste through plastics recycling and repurposing,” reads the strategy.

The regulations for banning certain plastics will be finalized by the end of 2021, federal Environment Minister Jonathon Wilkinson announced on Oct. 7.

A third plank of Kenney’s strategy aims to expand Alberta’s petrochemical manufacturing and capacity. A side-effect of that would be greater capacity to produce plastic items. Kenney used personal protective equipment as an example.

The plan also aims for Alberta to become a world-class exporter of liquefied natural gas, outcompeting marginal suppliers in Asian and European markets through two to three additional mega LNG projects by 2030.

This hinges in part on Alberta’s ability to take advantage of being able to export off of Canada’s West Coast to markets in Asia, a short ten-day route compared to the U.S. route from the Gulf Coast.

Canada is among the world’s top five producers of natural gas, with about two-thirds of this production coming from Alberta.

The final plank of the plan is the expanded us of natural gas by the industry in Alberta.

The overarching aim of the new strategy is to get more value out of the province’s natural gas reserves to help diversify the energy sector and help Alberta’s economic recovery.

“Taking our strengths, namely our natural resources, adding our amazing culture of innovation, investments in technology and world-class workforce and applying that technology to lead the world in environmentally responsible energy,” Kenney said.