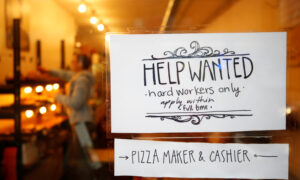 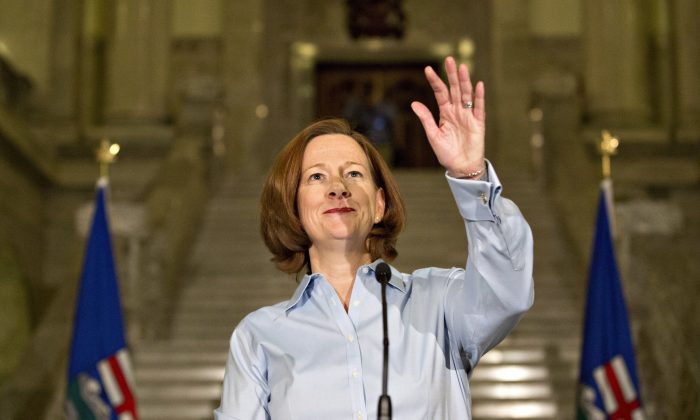 Alberta Premier Alison Redford waves as she announces her resignation in Edmonton, Alberta, on March 19, 2014. Redford has been struggling to deal with unrest in her Progressive Conservative caucus over her leadership style and questionable expenses. (The Canadian Press/Jason Franson)
Canada

Redford has been struggling to deal with unrest in her Progressive Conservative caucus over her leadership style and questionable expenses.

She says her resignation will be effective Sunday.

“Quite simply, I am not prepared to allow party and caucus infighting to get in the way,” she told supporters gathered in the legislature rotunda for the announcement. “I’ve given my heart and soul to this province, every minute for the last two and a half years.”

Redford could not weather weeks of revelations of lavish spending by herself and her government.

It began when it surfaced that she had spent $45,000 on first-class air tickets and a government plane to go to Nelson Mandela’s funeral in South Africa.

Other revelations fell like hammer blows: Redford using government planes for a vacation; to fly her daughter and her daughter’s friends around; to go to a family funeral in Vancouver.

There were calls for Redford to repay the money for the South Africa trip. She only did so after tensions within her caucus spilled into the public realm.

Last week, things went from bad to worse when Redford’s character came into question. Calgary backbencher Len Webber quit the Tory caucus, saying he could no longer stomach Redford’s temper tantrums and abuse of subordinates. She wasn’t a “nice lady,” he said.

On the weekend, Redford was taken to task by Progressive Conservative party executives in a closed-door meeting. They emerged to say Redford would be given an unspecified “work plan” to follow.

The turmoil continued. On Sunday, 10 government members met to debate whether to leave caucus and sit as Independents.

On Monday, Donna Kennedy-Glans, the associate minister for electricity, quit, saying the promised reforms by Redford were dying on the vine.

Earlier Wednesday, it was reported that riding association presidents in Calgary would meet in the evening to call for her resignation.

Even Redford admitted the revelations were detracting from the work of government.

Redford was named party leader in the fall of 2011 and won government in her own right on a platform of progressivisim. She promised to eradicate poverty, boost social spending, and invest in education.

A coalition of unions and progressives helped her party to victory in the 2012 provincial election over the more right-of-centre Wildrose.

But once elected, Redford moved her party to the right. She cut spending in the budgets to below the levels of inflation plus population, and strong-armed teachers and doctors into taking wage freezes.

When the Alberta Union of Provincial Employees refused to accept a wage freeze, she passed a law forcing it on them.

Despite the move, she angered fiscal conservatives, taking Alberta back into long-term debt expected to reach $21 billion by 2017 to pay for new schools and health clinics.

She is the second Tory premier to resign the job after holding it for less than five years. Alberta Premier Ed Stelmach resigned after only four years as he faced a caucus revolt of his own over his budget.