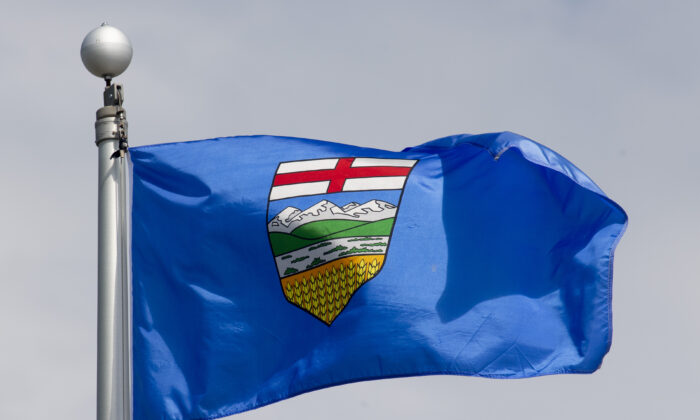 Alberta Not Dominated by Oil and Gas, Economy as Diversified as Other Provinces: Study

Despite frequent calls by activists and politicians to diversify Alberta’s economy, a recent study finds that the oil and gas sector does not dominate the province’s economy. On the contrary, its economy is as diversified as the rest of Canada’s provinces.

“Demands for Edmonton to actively diversify the Albertan economy are often based on myths and a misunderstanding of the status quo,” said study co-author Ben Eisen, a senior fellow with the Fraser Institute, in a press release on March 10.

The study, titled “Four Myths about Economic Diversification in Alberta,” examines the commonly held notion that Alberta’s economy and public finances are largely dependent on natural resources, and that the government is capable of implementing top-down policies that would reorient the province’s economy toward other sectors.

“Despite misperceptions, oil and gas production in the province does not dominate economic activity or employment in Alberta to the point that the provincial economy is notably less diversified than other provinces or even other advanced, industrial economies like Germany or Japan,” the authors said.

“In fact, with respect to employment, Alberta’s was the most diversified provincial economy in Canada in 2020.”

Using the Herfindahl Index that measures the concentration of employment and economic output, the study found that Alberta is “even more diversified” than other provinces.

For example, when the index was calculated based on 16 industries, combined with the labour force data from Statistics Canada in 2021, the study shows that Alberta scores the lowest in terms of employment concentration at 0.022, compared to Quebec, Ontario, and B.C., at 0.031, 0.027, and 0.025 respectively.

As for economic output, the authors noted that Alberta is not unusually concentrated in any given industry. Rather, their calculations show that the province ranked as the fourth most diversified provincial economy, as measured by GDP concentration—more diversified than Ontario and British Columbia—across 20 sectors in 2020.

The “second myth” that the authors debunk is the perception that economic diversification is necessary to stabilize public finances.

“While it is true that Alberta’s public finances can be volatile, it is not the case that further economic diversification is required to reduce the volatility of public finances in Alberta,” they said.

The authors proposed that the province focus its taxation on consumption rather than on more volatile sources of revenue.

The authors also suggested the province direct a portion of non-renewable resource revenue to a sovereign wealth fund, such as the Alberta’s Heritage Fund, and use some of the earnings to pay a dividend to citizens.

“That could help limit the tendency for governments to increase program spending to unsustainable levels when there are large influxes of natural resources revenues,” they said.

As to the idea that top-down diversification efforts by the government are “inherently effective,” the authors have a different take.

The study cited efforts undertaken by several provincial governments, including the one headed by Premier Peter Lougheed in the early 1970s. In 1972, the government created two Crown corporations—the Alberta Agricultural Development Corporation and the Alberta Opportunity company—took equity stakes in energy and material companies, and purchased a commercial airline.

However, the diversification efforts produced mixed results ranging from “losing hundreds of millions of dollars on a telephone company” to “qualified successes such as purchasing shares of the Bank of Alberta, which went on to become part of Canadian Western Bank” in subsequent years.

The authors stressed that while some diversification efforts by governments of different periods qualified successes, they did not contribute substantially to the overall level of economic diversification in the province.

The study also challenged the perception that economic diversification is “inherently good.”

“While it may seem obvious, it isn’t. In fact, economic theory suggests that jurisdictions ought to pursue their comparative advantage rather than intentionally diversifying their economies,” it said.

The authors argued that many of the most successful economies are those that are highly specialized, such as San Francisco and Toronto in technology or finance, and Germany and Japan in advanced manufacturing.

“Governments shouldn’t try to pick winners and losers but should foster a pro-economic growth environment that gives businesses and entrepreneurs in all sectors the best chance of success,” Eisen said.

“Alberta’s economy is more diversified than commonly understood, and top-down efforts to further diversify the economy should be met with skepticism.”