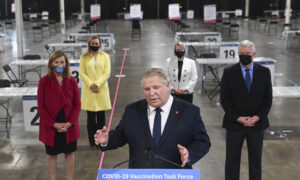 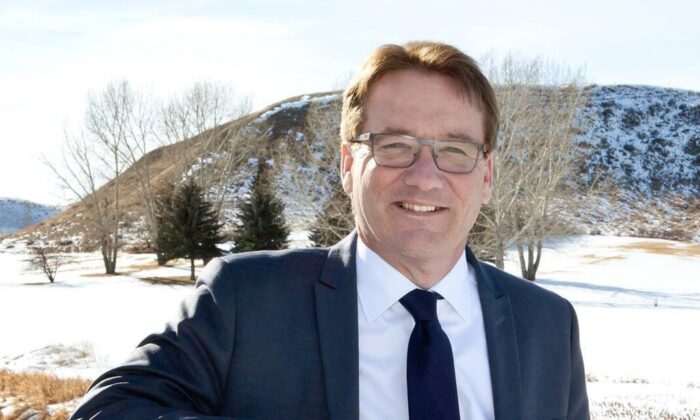 Alberta MLA: ‘We Need a Regional Approach’ Rather Than Blanket COVID Restrictions

Health and economic crisis caused by restrictions are ‘as challenging as the COVID crisis,’ says Drew Barnes
By Isaac Teo
biggersmaller
Print

As Alberta reverts to more stringent restrictions in an effort to tame a spike in COVID-19 cases, one MLA says a regional approach to lockdowns would make more sense because not all areas are impacted equally by the virus.

“We need a regional approach, a targeted approach that recognizes that a lot of regions are not having a huge impact from COVID. The targeted approach would also include protecting our vulnerable and our compromised,” Cypress-Medicine Hat MLA Drew Barnes told The Epoch Times.

“We need an approach that recognizes how big Alberta is and the fact that there are challenges other than COVID,” Barnes said, adding that in his riding, after 14 months of restrictions, “we have a mental health, a spiritual health, a physical health, and an economic health crisis as challenging as the COVID crisis.”

Barnes is one of 16 MLAs from the United Conservative Party (UCP) caucus who signed a joint letter on April 7, criticizing their government’s decision to move the entire province back to Step 1 COVID-19 restrictions as a “wrong decision.”

“We have heard from our constituents, and they want us to defend their livelihoods and freedoms as Albertans,” the MLAs wrote.

On April 6, Premier Jason Kenney announced that the province would revert to Step 1 of the four-step reopening framework due to a rise in COVID-19 cases. He said the stronger measures are necessary to stem the “third wave from threatening our health system and the health of thousands of Albertans.”

“The rapid rise in cases, especially variants of concern, makes this a critical time to stop the spread. These measures will buy us some time for additional COVID-19 vaccines to arrive and take effect so we can once again start safely easing restrictions as quickly as possible,” Kenney said.

Under Step 1, retail stores and malls must reduce customer capacity to 15 percent. Libraries are closed, gyms must return to one-on-one training, and indoor dining at restaurants, is prohibited.

In Ontario, Premier Doug Ford went a step further, putting the entire province into an “emergency shutdown” on April 3, followed by declaring a state of emergency—the third since the pandemic—on April 7 as well as a provincewide stay-at-home order that restricts the movement of people to only essential purposes such as grocery shopping or accessing health care services.

On April 8, Quebec Premier Francois Legault brought back the 8 p.m. curfew in Montreal and Laval starting April 11 “until further notice.” He also extended the lockdown order in three cities and one region to April 18.

Like Barnes, West Yellowhead MLA Martin Long, also a member of the UCP caucus but not a signee of the letter to Kenney, argues that it’s time for the Alberta government “to rethink our response to COVID-19.”

“Let me be clear here: COVID-19 is real. The virus has impacted many lives and families in irreparable ways,” Long said in an April 6 statement posted on Twitter.

“That said, restrictions have and continue to have an impact on many lives, families, and business in irreparable ways as well.”

Long said he will continue to push for restrictions to be lifted in his region, “as they have gone on long enough” and are “no longer acceptable” to his constituents.

The group of 16 MLAs said in their letter that they have raised their concerns at the “highest levels of government and unfortunately, the approach of the government has remained the same.”

EDIT- Garth Rowswell has signed onto this letter this afternoon. #ableg #medhat https://t.co/vouAwXeggV

Barnes says areas where cases have remained low and that have no pressure on the hospital system should be able to move to Step 3 of reopening.

“After 14 months, we need to return to normalcy.”

Barnes has taken a voluntary 20 percent pay cut for six months in solidarity with the small- and medium-sized businesses that continue to struggle amid the public health measures.

“I want to highlight how hard the lockdown and the restrictions have hit the private sector. So many of my friends that are in business, that are in free enterprise, have lost their businesses, have had to take huge pay cuts, are struggling, and they had to take on a lot of debt,” he said.

He said the 20 percent he set aside will go to charitable organizations that help the needy such as the Salvation Army, Medicine Hat Community Foundation, and United Way.

Last December, he wrote a letter to all Alberta politicians and senior bureaucrats urging them to also take a 20 percent pay cut for six months to show support to the private sector.

“Alberta families, communities, and free enterprise are facing some of the most trying times in Alberta’s history,” he said in the letter.