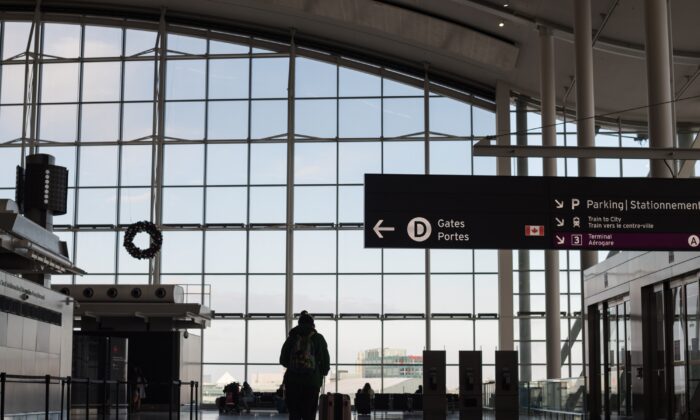 Alberta is calling on the federal government to revoke its proof of vaccination mandate for air travellers.

On March 16, members of Alberta’s legislative assembly voted in favour of a motion to recognize that Canada’s current air travel restrictions “have no measurable public health benefit and continue to impact hundreds of thousands of jobs in the air travel and tourism sectors.”

“Restrictions should be imposed only when necessary, and they should be removed as soon as possible when the situation warrants,” Copping said during an assembly sitting on March 16.

“In the case of the travel industry, the harm from restrictions is obvious: these travel requirements are continuing to throttle a whole industry for no valid public health reason at this point in time.”

Copping noted that polls have shown the Canadian public’s “overwhelming support” for the lifting of COVID-19 restrictions across the country.

“The federal requirements reflect a situation that is passed; when the COVID virus posed a different threat and our ability to manage it and respond to it was different,” he said. “The reality now is that Omicron variant has spread widely enough to make our previous test-trace-isolate regimen simply obsolete.”

Copping said the number of Albertans testing positive for COVID-19 has declined steadily since the province began relaxing public health restrictions in early February. The number of hospitalizations has also decreased significantly.

UCP MLA Roger Reid, who previously worked for West Jet, said the federal COVID-19 restrictions have led thousands of airline staff to lose their jobs, and continues to prevent them from returning to a normal life.

“The current federal imposition of pre-testing and vaccination proof prevents these very same people from returning to work, feeding their families and contributing to the recovery of our province and our country,” he said.

“At a time when we are seeing every province in almost every jurisdiction in the world eliminate restrictions related to the pandemic, the federal Liberals continue to be painfully disconnected, and are failing to put forth policy that will allow us to effectively recover from the COVID pandemic.”

Alberta Premier Jason Kenney voiced his support for the motion on social media.

“Tonight @UCPCaucus members voted for a motion in Alberta’s Legislature calling on the federal government to stop pointless travel restrictions, including proof of vaccination for air travel,” Kenney said in a Twitter post on March 16.

The motion also called for the removal of the pre-departure COVID-19 testing requirement for international travellers entering Canada.

On March 17, federal Health Minister Jean-Yves Duclos announced that Canada will be moving into a “transition phase” of the COVID-19 pandemic and that fully vaccinated travellers entering the country will no longer be required to show proof of a negative test result as of April 1.