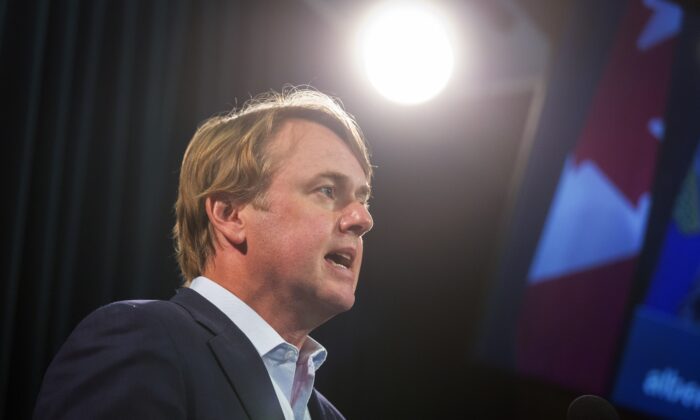 In a press release on July 21, the Alberta government criticized the Liberal government for doing nothing to ensure that the RCMP has the resources to handle the “deluge” of licence and transfer applications after their announcements in May that introduced new rules on how handguns will be controlled.

“Wait times for federal processing of firearms licences have ballooned from one to two months to four to six months. More complicated licence applications that require a detailed review can now take 12 to 18 months,” the release said.

On May 11 and May 30, the Liberals announced changes to firearms legislation under Bills C-71 and C-21 respectively, which triggered a “dramatic increase” in handgun sales and transfer requests directed to the Canadian Firearms Program, a federal program within the RCMP responsible for licensing and regulating firearms.

The influx of requests also led to Alberta’s Chief Firearms Office receiving a 40 percent increase in email inquiries from applicants asking about their application status. “The confusion created by the sudden change in federal legislation has had an impact on firearms administration in Alberta,” the provincial government said.

Shandro says while his province has established the Chief Firearms Office to better represent Albertans’ interests, firearms fall primarily under the jurisdiction of the federal government.

“The federal government has done Albertans, and all law-abiding firearms owners in Canada, a great disservice by instituting radical changes without adequately preparing the systems that support the administration of firearms for the predictable increase in workloads.” said Shandro, also the province’s solicitor general.

The May 11 announcement introduced a new rule under Bill C-71: The sale of legal firearms required business and individual sellers to have the transfer approved and recorded by the registrar of firearms before completing the transaction, effective May 18.

“However, existing rules governing the sale of non-restricted firearms already require a seller to verify that a buyer is legally authorized to own a gun by checking that the recipient holds a Possession and Acquisition (PAL) licence,” said the Alberta government in a press release on the same day.

“Requiring sellers to verify firearms transfers with the registrar after they’ve done it themselves, imposes unnecessary red tape and wait times to a process that already has sufficient safeguards.”

In addition, firearms businesses are also required to retain sales and inventory records related to non-restricted firearms for a minimum of 20 years.

In its May 30 announcement, the Liberal government presented Bill C-21, which seeks to implement a “national freeze” that bans import, purchase, sales, or transfer of handguns within Canada.

The Alberta government responded the following day, condemning the move that it said targets law-abiding firearms owners instead of dangerous criminals.

“Once again, the federal government is targeting law-abiding firearms owners instead of going after the criminals who are the source of Canadians’ public safety concerns,” Teri Bryant, chief firearms officer of Alberta, said in a statement at the time.

In a statement on July 21, Bryant said her office has reworked the process of handling transfer applications to address the federal backlog and reduce wait times for Albertans. But due to current staffing levels, her office can only handle the “additional work on an intermittent basis without negatively affecting its core business.”

“There is only so much we can do without the full cooperation and preparedness of our federal counterparts,” she said.