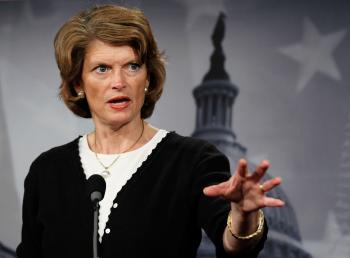 Miller received 51.09 percent of the votes, while Murkowski got 48.91. Votes for the two candidates only differ by about 1,900 votes, according to unofficial results released by Alaska’s Division of Elections. A winner will not be officially announced until election officials finish counting as many as 10,000 absentee ballots, which may take days.

Miller, grew up in a working class family in Kansas, promoted himself as an individualist who campaigned on stripping Alaska from its dependence on federal largess.

Miller has been supported by former Alaska Governor Sarah Palin. Although Palin resigned as governor in 2009, she is still influential in her home state.

“I believe Joe is the better choice for Alaskans,” said Palin on Miller’s campaign website. “Joe has the right values; he is ready to help lead the greatest state in our exceptional nation; he is Alaska's true Commonsense Conservative choice, and I'll be proud to vote for him for the United States Senate.”

If Miller wins, he will compete in the Nov. 2 general election against Democrat Scott McAdams, the current mayor of Sitka, Alaska. McAdams is in a clear lead over his three fellow candidates with 49.61 percent of the votes.

Among the 50 states and three territories, 41 have had primary elections in the past six months.