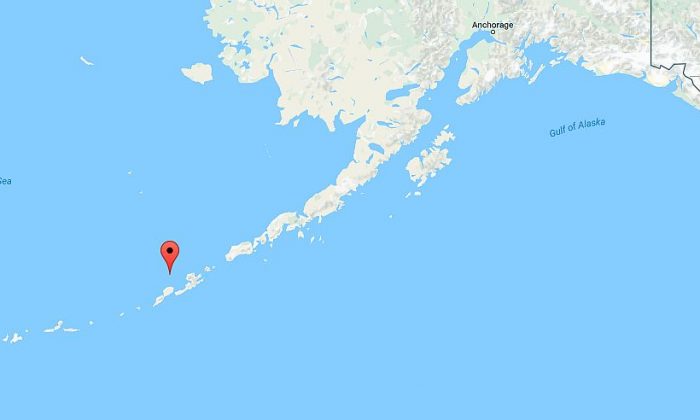 A volcano is erupting again in Alaska’s Aleutian Islands.

The Alaska Volcano Observatory says a Coast Guard vessel crew was in the area of the Bogoslof volcano Friday morning and witnessed an ash plume from the eruption that lasted about one hour.

Volcanologist Robert McGimsey says the plume was estimated at below 30,000 feet.

He says Unalaska Island about 61 miles from the volcano is the closest populated area but that that winds were blowing any ash away from inhabited areas.

Alaska Volcano Observatory issues aviation alert after brief eruption of volcano on one of the Aleutian Islands. https://t.co/pNYU8XxD3f pic.twitter.com/kzsjShP5Ys

He says there were no reported delays.