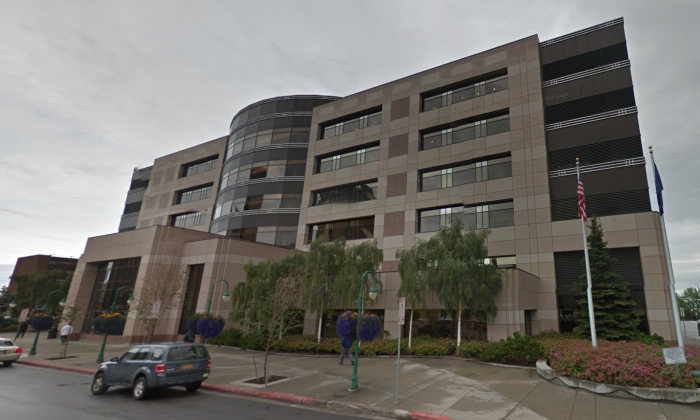 An Alaskan man who suffered abuse at his step-father’s hands has been sentenced to 23 years in jail for attacking and robbing registered sex offenders after the judge rejected pleas for leniency.

42-year-old Jason Vukovich attacked three men after looking up them up in the state sexual offenders register in June 2016.

Vukovich described himself as an “avenging angel” soon after the attacks, although he later expressed remorse, and regret.

“I don’t believe that you’re an avenging angel, and you should not be glorified as one,” Judge Erin Marston said during the sentencing at Anchorage Superior Court on Monday, Feb. 26, reported KVTA.”Frankly, you’re a very dangerous individual.”

Marston sentenced him to 23 years, plus five suspended, after Vukovich pleaded guilty to one felony assault charge and one felony robbery charge, following a plea bargain.

Vokovic has encouraged other victims of abuse to take a lesson from his case.

“If you have already lost your youth, like me, due to a child abuser, please do not throw away your present and your future by committing acts of violence,” Jason Vukovich wrote in an open letter in December.

The names of his three victims were on a list of nine he had copied from the sexual offender’s register into a notebook.

He entered the homes of the three men over five days in June, attacking one with a hammer and the other two with his fists.

The hammer attack left that victim with a lasting traumatic brain injury, making it hard for him string words into sentences, reported Anchorage Daily News (ADN).

He also stole from them, taking items including a truck and a laptop.

Vukovic’s lawyer had argued for leniency given that physical and sexual abuse by his step-father as a child had pushed him into a spiral of mental and emotional torment.

His step-father was found guilty of second-degree abuse of a minor and in 1989 received a three-year suspended sentence, according to ADN, meaning he spent no time in jail.

“He liked to administer beatings with various instruments, belts, eventually a custom 2×4 he made. He used to disrupt the night by coming in to sexually assault myself. It was rough,” Vukovic told the court, according to KTVA.

According to the District Attorney’s Office, Vukovic is eligible to apply for discretionary parole once he’s served Five years and nine months of his sentence, reported KTVA. He will be eligible for mandatory parole after serving about two-thirds of his sentence, provided he commits no further crimes.