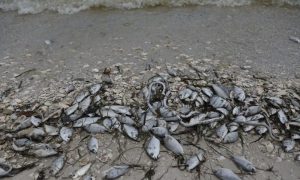 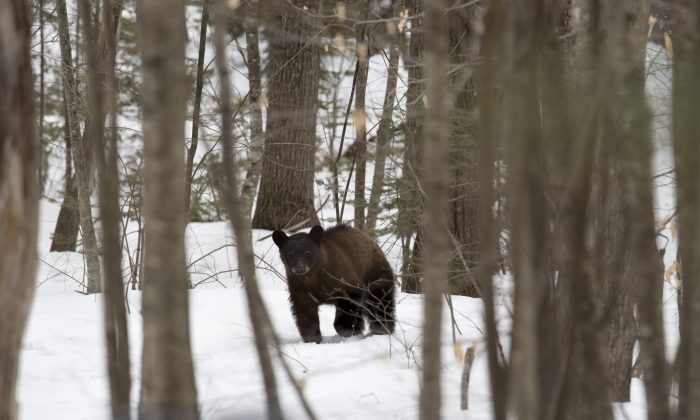 A man has been jailed for three months for his involvement in shooting a sleeping black bear in her den, unknowingly caught by a research camera as he then turned his rifle point-blank on her “shrieking” newborn cubs.

Andrew Renner, 41, was with his son on the remote Esther Island in the Gulf of Alaska on April 14, 2018, when they shot the three sleeping bears.

He was sentenced to three months jail time, plus two suspended, on Jan. 22, according to local reports, for various misdemeanors including killing the cubs. His son Owen Renner, 18, (but a minor at the time of the crime) was sentenced to 30 days of suspended time for shooting the nursing sow.

The sow happened to be tagged and was being monitored by the U.S. Forest Service and the Alaska Department of Fish and Game, with a motion-activated camera set up outside her den.

The video caught the moment that the pair discovered the slaughtered bear’s tracking collar, realizing it was part of a research program.

“They’ll never be able to link it to us,” Owen Renner  says in the video that was central to the prosecution case, according to court documents quoted by KTLA,

The two pleaded guilty to multiple misdemeanor counts, including unlawful take of a female bear with cubs, unlawful take of bear cubs, and the possession and transportation of illegally taken game, reported the Anchorage Daily News.

Renner initially tried to take the blame for his son, who actually shot the sow.

“My office believes and argued for active jail time in this case because of the egregious nature of it, and the necessity of letting the public know Alaska will not tolerate poaching,” Peterson said, according to Anchorage Daily News.

Renner initially came to authorities claiming he had killed the mother bear, according to a statement by the Department of Public Safety (DPS). He brought her skin and the collar to the Alaska Department of Fisheries and Game, but while admitting the sow had teats and was thus nursing, he stated there had been no cubs present.

But the video showed otherwise.

According to the DPS, the video shows the father and son skiing up to the den before the younger man (O. Renner) fires two shots at the sow.

“A. Renner then kills the shrieking newborn bear cubs and discards their bodies away from the den.”

They skinned and butchered the mother bear.

According to the DPS, two days later they returned to the kill site to pick up the shells and to dispose of the dead bear cubs.

In addition to the three months jail, the elder Renner faces a $9,000 fine, according to the Anchorage Daily, and has had his hunting license revoked for 10 years. He has also forfeited property that was used in the crime,  including a 22-foot Sea Sport ocean boat and trailer, a 2012 GMC Sierra pickup, two rifles, two handguns, two iPhones, and two sets of backcountry skis.

Owen Renner’s hunting license has been suspended for two years. He was sentenced to a 30-day suspended sentence, and will have to take a hunter safety course, and will also be required to perform community service.

Black bear hunting is legal in the area from September into June with a registered permit.

Black bears are the smallest of the bear species in the United States and are found in over 40 states. Generally, they can be hunted in the fall and spring, depending on local regulations.