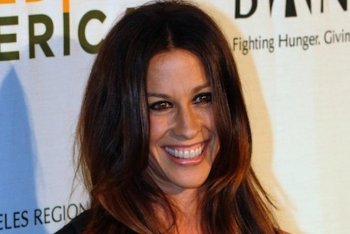 Morissette posted a statement on her website announcing the marriage of the couple earlier in the week:

“Hi guys! So happy to share with you that my man Souleye and I got married. We're very excited to embark on this journey with each other … sending love … connect soon xo,” read Morissette’s website.

Treadway received his stage name Souleye from a communal living township in West Africa. Morissette previously dated actor Ryan Reynolds before meeting him. Morrisette and Reynolds were engaged at one time but later called it off, with the ups and downs of the relationship documented by People Magazine.

Before getting married, Morissette made a red carpet appearance at Jerry Bruckheimer’s film adaptation of the video game "Prince of Persia."

Morissette is best known for her musical work in the mid nineties. Her debut album, "Jagged Little Pill," has sold more than 30 million copies around the world. The album carried 5 hit singles “Hand in My Pocket,” “Head Over Feet,” “Ironic,” “You Learn,” and “You Oughta Know.”