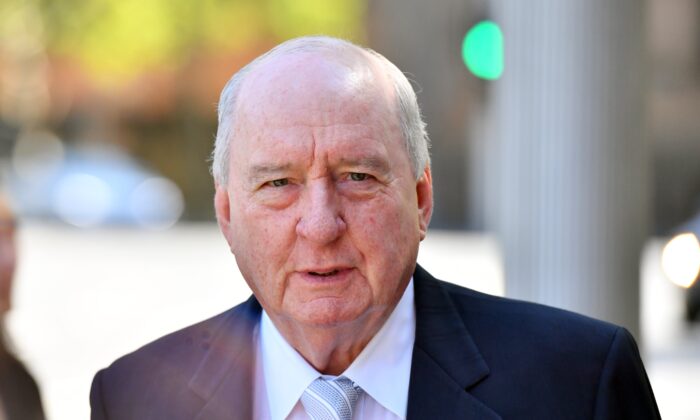 With his third farewell in less than three years to his large audience, Alan Jones’ enemies are as premature in their rejoicing as they have been in the past.

The voice of this tribune of the people will not be silenced.

Nevertheless, his large and growing band of admirers cannot but wonder why those who manage the Australian media seem unable to provide an adequate platform for the nation’s most influential commentator.

Surely, they assume, a free market would ensure that the voice of Alan Jones would continue to be heard.

So why has Alan Jones been taken off these important outlets? There are three relevant factors.

First, in doing what has been so famously denied, resonating with his audience, he is extraordinarily effective, frankly more than many in the media want.

Ultimate media control was once vested in the owners, the moguls, but boards of professional directors increasingly leave such control to management who are not necessarily swayed by ratings. I shall come to what can influence them below.

The truth is that Alan Jones’ influence and the demand to hear him is difficult to overestimate.

I first came to know Alan during the 1999 referendum. In the vastness of the Australian media, print and broadcast, he was the only major voice to argue for a No vote in the referendum that Australia become a republic. This was despite the fact we had already long been one, a crowned republic.

What was being proposed was a politicians’ republic, the only one in history in which the prime minister could sack the puppet president, without notice, without grounds, and without a right of appeal.

Alan’s succinct answer to those who phoned in undecided became one of the successful slogans of the No case, “If you don’t know, Vote No.” The result went spectacularly against the combined wishes of most politicians, the mainstream media of the time, and all the other elites—a landslide defeat.

The No case won nationally, in every state, and in 72 percent of electorates.

One of Alan’s famous techniques in cutting through the issues has been to ask one hallmark question: “Does it pass the pub test?”

His interviews and his editorials are invariably based on meticulous personal research, guided by traditional values, and presented with incomparable common sense, a technique and style that appeals to the rank-and-file, not only in Australia.

Add to that his powerful presence and rhetoric, with the result that many politicians and other elites quake in their boots at the thought of facing him. As a result, some will just not appear even though that will give them access to a large audience.

The second factor is his refusal to endorse the prevailing radical views which have become compulsory.

Most of these have a common origin. But, as the great American broadcaster and prolific writer Mark Levin has demonstrated in his book on this very question, these radical views invariably come from or through that monstrosity—American Marxism.

And unlike so many leaders of the nation, in politics, big business, and the academy, Alan Jones neither succumbs nor surrenders to the current elite fashion but remains, as he always has been, a proud heretic.

The third factor is that he has no fear. Imbued with a love for the arts, the courage of a sportsman, and a fascination with politics, he is like some renaissance prince who will be neither be silenced nor conform to the latest empty orthodoxy.

But what drives those who manage, but do not own, the media?

First, they too easy to take fright when some ragbag cabal of social terrorists—e.g. Sleeping Giants and Mad Witches—use algorithms as weapons to fake a sense of non-existent widespread outrage and destabilise the weakest and least courageous of advertising executives.

Instead of exposing them, media executives too readily see the solution in the censorship of their bravest voices.

Second, they too easily accept the diktats of social media in their various bids to control not only the nation’s political life but also thought itself.

Instead of seeking new and alternative platforms, they cravenly accept that certain fundamental questions are now beyond discussion.

Accordingly, they have too readily accepted instructions that there must be no or little discussion of the efficacy and side-effects of the vaccines against the Wuhan virus—which are still experimental.

Likewise, there is to be no discussion over the mandatory use of the vaccine by politicians, not to save but to maintain control over the people, or whether mandatory vaccination is the only way to protect the vulnerable. And let us not forget we can not have the mere mention of therapeutic treatments, for which there is scientific support and allowed in other jurisdictions, outside of expensive Big Pharmacy products.

The problem is that in a democracy, all these questions must remain open for discussion and debate both live and on air.

Third and finally, some are also reluctant to tolerate or tolerate much, views contrary to their current editorial line, which they advance not only in comment but also in the news.

Take, for example, the leading issue at present, the hypothesis about man-made global warming. With the principal beneficiary of this now clearly the genocidal billionaires in Beijing, too many carpet baggers have jumped on the train.

Is this really the time for the media to discourage the widest debate about the theory?

Those who rush to silence Alan Jones forget that the world has changed technologically, and that will most likely continue. What was until recently not feasible is now possible and becoming more accessible every day.

Take just one example. The blatant censorship by social and mainstream media, which occurred during the 2020 American presidential election and which ensured that vital information about Joe Biden’s family remained censored, may well be a thing of the past, especially during the next elections.

Alan Jones only moved comparatively recently into social media but very soon became the most prominent voice, by far, among Australian commentators. Those media outlets who have tried to shut him down may have well and truly shot themselves in the foot.

And there are so many new forums where he is already a strong voice, which means Alan Jones unleashed should now develop new and indeed larger audiences in Australia and across the world.

So yet again, I say that the attempts to silence Alan Jones, tribune of the people, will fail and fail miserably.