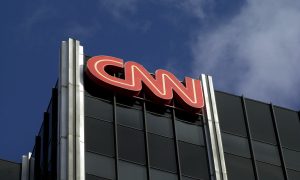 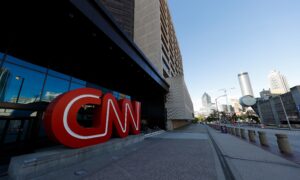 Trump Campaign: CNN Should Fire Joe Lockhart After He Suggested President Had Stroke
0 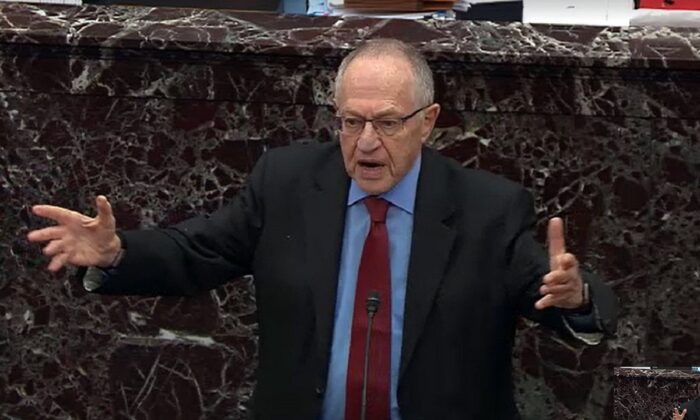 Alan Dershowitz, legal counsel for President Donald Trump, answers a question from a senator during impeachment proceedings in the Senate chamber at the U.S. Capitol in Washington on Jan. 29, 2020. (Senate Television via Getty Images)
US News

Dershowitz’s lawsuit claims CNN left out a crucial portion of public comments it reported on in January.

The conduct is in direct violation of the law and falls outside First Amendment protection, the suit argues.

Dershowitz testified before the Senate on Jan. 27 during the impeachment trial against President Donald Trump. The president was impeached by the House of Representatives, which said he solicited the interference of a foreign government, Ukraine, to interfere in the 2020 election by pushing Ukrainian officials to announce a probe into Democratic candidate Joe Biden.

Trump was ultimately acquitted by the Senate.

Dershowitz argued that the only way a quid pro quo would be unlawful “is if the quo were somehow illegal.”

The lawsuit says Dershowitz expressly stated a president could be removed from office if what he did was illegal.

But during CNN programming throughout the day, crucial portions of the video were left out, making it seem as if Dershowitz was arguing that a president could do anything, even something illegal, as long as he believed his reelection was in the public interest, according to the lawsuit.

“With that portion of Professor Dershowitz’s words played without his words that preceded that sentence, it was an easy sell to CNN’s viewers that the respected Alan Dershowitz believed that the president of the United States could commit illegal acts as long as he thought it would help his reelection and that his reelection was in the public interest, even though it was the opposite of what he said,” it stated.

The suit was filed in the U.S. District Court for the Southern District of Florida.

Dershowitz is seeking a trial by jury.