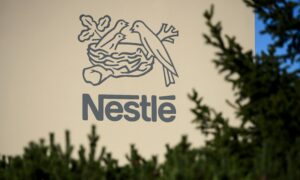 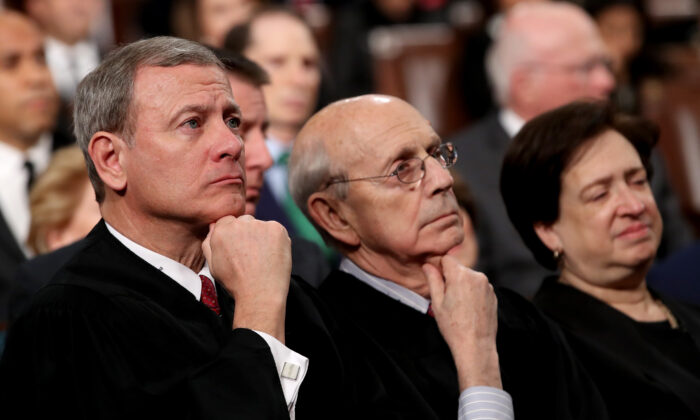 Alan Dershowitz: ‘Radical Left’ Campaign to Get Justice Breyer to Retire Will ‘Backfire’

Over the past several months, progressives in Congress and left-wing opinion piece writers have increasingly called on Breyer—who is part of the Supreme Court’s liberal wing—to step down due to his age after the justice publicly rebuffed proposals to “pack,” or expand, the Supreme Court.

“They’re saying to him, ‘Look, quit, quit,'” Dershowitz said during an interview with WABC 770 on Sunday, “even though you’re healthy and well, and your appointment is for life because we want to make sure that President Biden gets to appoint your successor while there is still a majority of Democrats in the United States Senate.”

Dershowitz argued that Democrats “want to make the Supreme Court a kind of political institution” packed with individuals who share the same ideological viewpoint.

“Justices should sit as long as they are healthy,” Dershowitz said. “Oliver Wendell Holmes sat until he was over 90. [Louis] Brandeis sat until he was in his 80s. Some of our greatest decisions were written by octogenarians. And I don’t like the fact that there are people who want to pressure Justice Breyer to leave the court and make it even more political than it now is.”

The pressure campaign to get him to retire started months ago. In April, near the Supreme Court, a truck with the banner “Breyer, retire,” was seen driving around the building, according to photos and video uploaded at the time. In Congress, members of the “Squad,” including its de facto leader Rep. Alexandria Ocasio-Cortez (D-N.Y.) in June, have made similar requests of the justice.

“It’s something that I’d think about, but I would probably lean towards yes,” the self-described Democratic socialist congresswoman told CNN earlier this month in response to a question about Breyer’s possible retirement. “But yes, you’re asking me this question, so I’ve just—I would give more thought to it but, but I’m inclined to say yes.”

Progressives have cited Breyer’s relatively advanced age in arguing that he should step down. After Justice Ruth Bader Ginsburg died in 2020, President Donald Trump and the then-Republican-led Senate appointed Amy Coney Barrett, considered by some to be a conservative jurist, to the vacant Supreme Court spot.

During Barrett’s Senate hearings, several top Democrats publicly suggested expanding the Supreme Court. However, without undoing the 60-vote filibuster in the equally divided Senate, it seems unlikely for such a measure to make it through Congress.

Breyer himself in April spoke out about “packing” the court during a speech at Harvard, suggesting that such a measure would backfire and create an impression that the institution is politicized. Rep. Mondaire Jones (D-N.Y.) several days later then told news outlets that he believes the justice should step down.

But, according to Dershowitz, the public pressure campaign likely “will backfire,” and Breyer is “not going to want to be perceived as having given in to pressure. I know him.”

“He’s not the kind of guy who’s going to say, ‘I’m going to leave office as a result of pressure from some academics who want me to leave in order to serve their own political interests,’” the longtime former professor said. “So, A – It’s going to backfire. B – It’s age discrimination. C – It politicizes the Supreme Court. And it tells us what’s wrong with the hard left today. They see everything politically.”