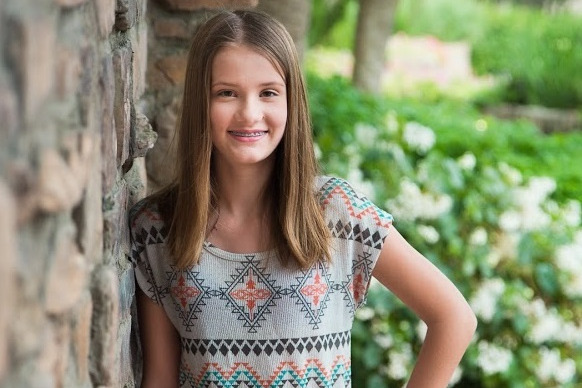 One of the 17 people who died in Florida at the school shooting last week was remembered as a caring girl who volunteered often in her local community.

Alaina Petty was just 14 when she was gunned down on Feb. 14 in Parkland.

The Marjory Stoneman Douglas High School student often volunteered with fellow Junior ROTC members, including a trip to clean up some of the hardest hit areas after Hurricane Irma.

“She was a terrific young lady and we’re very saddened for her and for her family,” Jose Castanos, a leader at the Coral Springs church where Petty’s family attends, told Local10 after the funeral on Feb. 19.

Petty was the youngest of four siblings. Her brother, who is also a JROTC member, survived the shooting.

“Alaina was a vibrant and determined young woman, loved by all who knew her,” the family said in a statement. “Alaina was part of hundreds of volunteers that rushed to the most heavily impacted areas of Florida to clean up and help rebuild the lives of those devastated by Hurricane Irma. Her selfless service brought peace and joy to those that had lost everything during the storm.”

Coral Springs Florida Stake President Stephen Smith told the Deseret News that Alaina was “a fun girl who is always a joy to be around.”

“She reached out to other girls and loves to help others,” he added.

Tributes poured in on social media to Alaina.

“Alaina was the one of the kindest, caring people I’ve ever met. She loved to help her mom cook, she took care of my kids, she was smart, funny and always smiling,” wrote Camaron Ortiz, a friend of Alaina’s mother.

It is with broken hearts that Sunrise Post 365 & Stoneman Douglas JROTC shares the loss of our soaring eagles! We honor them, and will miss their courage, tenacity, and their smiles! Cadet Peter Wang, Cadet Martin Duque, and Cadet Alaina Petty. May they always soar high! pic.twitter.com/eg0TKprzMV

The Stoneman Douglas JROTC also shared a tribute to Alaina and two other cadets who died during the shooting.

“We honor them, and will miss their courage, tenacity, and their smiles!” the JROTC said. “May they always soar high!”