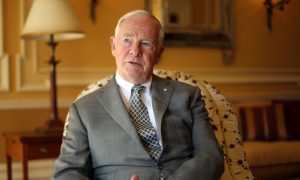 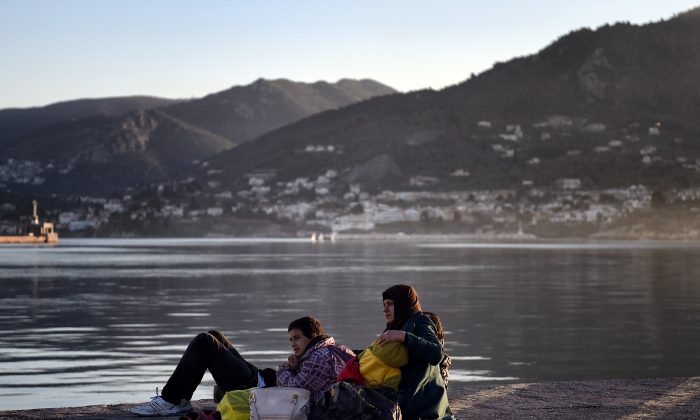 Migrants from Syria wait in the port of Mytilene on the Greek island of Lesbos on Dec. 6, 2015. (Aris Messinis/AFP/Getty Images)
US

MONTGOMERY, Ala.—Alabama on Thursday became the second state to sue the U.S. government over refugee resettlement, accusing the Obama administration of failing to consult with states on placement of those who have fled their home countries.

Bentley is one of several governors—largely Republicans—who opposed the settlement of Syrian refugees in their states after the Nov. 13 attacks in Paris. The lawsuit does not specifically address refugees from Syria. But it follows the lead of Texas, which sued using similar arguments last month to try to block six Syrian refugees from settling in Dallas.

The Alabama lawsuit—filed in federal court in Birmingham—argues that the federal government hasn’t followed a portion of the Refugee Act of 1980 that says the federal government “shall consult regularly” with states on placement. The lawsuit says Alabama has not gotten information it needs to assess security concerns and plan for requests for social services.

The lawsuit asks a judge to require the federal government to provide the entire government file on refugees—including medical information and the basis to support Medicaid eligibility—who have been or will be settled in Alabama and to block any future settlement until that information is given.

The federal government controls resettlement programs, and experts have said states have no authority to bar refugees from moving to their jurisdictions.

The Obama administration has said states cannot block the placement of refugees. Attorneys for the federal government, in a court filing in the Texas case, said that nothing in the law requires the government to give states person-specific information on individual refugees before they are resettled.

Bentley acknowledged that he has concerns about the vetting of Syrian refugees but said the lawsuit is about more than accepting refugees from the war-torn country,

“We would like to know who is coming into our state. … We need to know any background information that supposedly is gathered,” Bentley said.

Some states have backed off their push against Syrian refugees. Georgia Gov. Nathan Deal this week rescinded his executive order trying to stop the resettlement of Syrian refugees after the state’s attorney general issued an official opinion that he didn’t have that authority.

Bentley, who issued a similar order, said he still maintains he is within his rights.

The Refugee Act of 1980 dictates that refugee resettlement within the United States is managed by the federal government, which works with state refugee coordinators to help provide services. Unlike some stats, Alabama does not operate a state agency to help with resettlement. Catholic Social Services of Mobile contracts with the federal government to help provide those services in Alabama.

Monsignor Michael Farmer of the Archdiocese of Mobile said after Bentley’s November order that the church’s refugee charity had not been asked by the federal government to help with any Syrian refugees.

Alabama’s lawsuit hinges on the claim that the federal government has not complied with provisions of the 1980 law. Federal courts have upheld the upheld that immigration is the responsibility of the federal government. And judges struck down large sections of a stringent 2011 Alabama law that sought to curb the influx of Hispanic immigrants into the state.