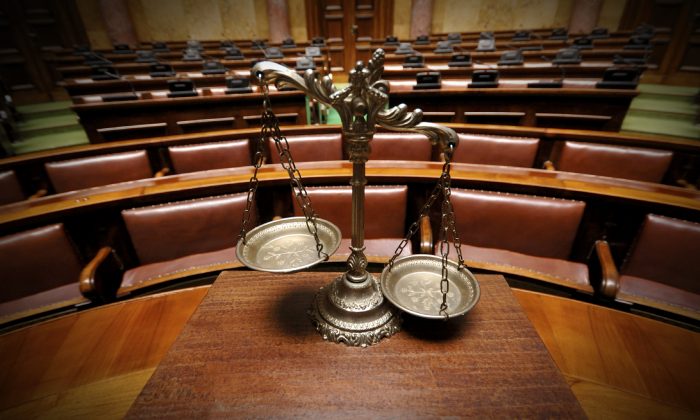 An Alabama official said he reached out to President Donald Trump to ask including a mandate for the death penalty for anyone who is convicted of killing a police officer.

Alabama State Auditor Jim Zeigler said in a statement that he would like those convicted of murdering a police officer hung in public.

“We need an ‘express lane’ for executions such as Texas has–maybe stronger,” Zeigler said, according to the Trussville Tribune.

He's decided enough officers have been killed, and it's time to do something about it.

“We need to stop these 20- to 30-year delays in executions at taxpayer expense. Justice delayed is justice denied. These potential killers are not deterred by what may happen to them in 30 years. They are thinking of instant gratification in the next 30 minutes–or 30 seconds” he said.

He then elaborated on the execution style.

“It would be more of a deterrent to the killing of officers if would-be killers witnessed others hanging in the public square,” Zeigler added. “Nothing else makes them think. Maybe hanging would.”

He made the statement after three officers were killed in Alabama in the past year, including two in January.

“I believe that to get the attention of a would-be killer who might kill a law enforcement officer, he needs to know that the old-fashioned public hanging has been brought back,” he told WTVM.

The official said he agrees that “public hanging” is an extreme measure.

“But also, killing a law enforcement officer is extreme. You’ve got to get the attention of these would-be killers in order for it to be a deterrent,” he said.

Federal law, he said, calls for the death penalty for those convicted of killing a law enforcement official working with federal agents. That law should expand to the killing of all officers.

Zeigler wanted President Trump to add a statement about the death penalty for cop killers, but the president didn’t make any mention of it on the night of Feb. 5.

In 2018, at least 144 law enforcement officers across the United States were killed in the line of duty.  Fifty-two of those deaths were firearm-related, according to a year-end report.

"Firearms-related fatalities were the leading cause of officer deaths, with 52 officers shot and killed in 2018," the National Law Enforcement Officers Memorial Fund says.

The National Law Enforcement Officers Memorial Fund said in releasing its report: “Firearms-related fatalities were the leading cause of officer deaths, with 52 officers shot and killed in 2018,” NPR reported.

“The rising number of law enforcement officer deaths in 2018 is disappointing news after a decline in 2017,” stated Craig W. Floyd, the CEO of the memorial fund, USA Today reported. “Sadly, this reminds us that public safety is a dangerous job and can come at a very steep price.”

Of those killed, 134 were male and 10 were female, the organization stated. The average age was 41 with 12 years of service.

Texas, Florida, California, and New York had the highest number of deaths, but North Carolina had seven deaths. South Carolina, Georgia, and Indiana each had five deaths, the report said.