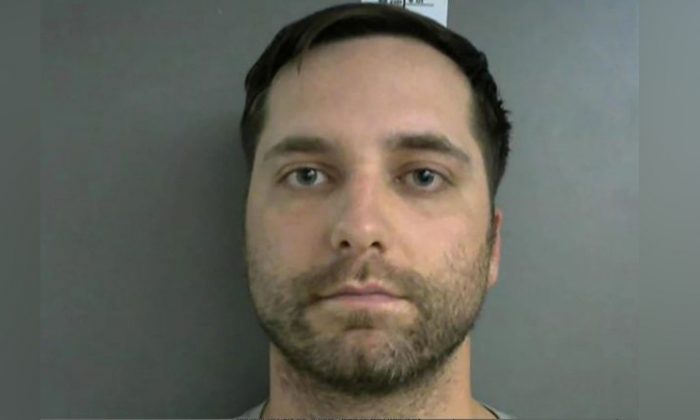 Al.com reported on Feb. 13, that 30-year-old David Brenton Burkhalter has been arrested on charges including second-degree rape and sodomy. Wedowee police say they learned of allegations against the Randolph County High School algebra and geometry teacher last week. It’s unclear who reported the allegations to authorities.

Police say a multi-agency investigation determined the allegations were credible, and charging documents say the female student was raped by Burkhalter as recently as last month.

Burkhalter was being held at the Randolph County Jail. His bail has been set at $1 million. Court records do not show whether Burkhalter has a lawyer to speak on his behalf.

Iowa Hotel Settles With Woman Who Was Raped Inside Her Room

DES MOINES, Iowa—An Iowa hotel has settled a lawsuit with a New Jersey woman who was raped and battered after the front desk gave the attacker her room key.

Attorneys for Cheri Marchionda say the operators of the Embassy Suites Hotel in Des Moines agreed to a settlement before she was set to testify Wednesday. Terms were not disclosed.

According to court records, Marchionda was staying at the hotel as part of a business trip and was in the hotel’s bar when a man, later identified as Christopher LaPointe of New York, approached her. She rejected LaPointe’s advances.

She later awoke to find LaPointe in her hotel room touching her leg. He then battered and sexually assaulted her over several hours.

Police later learned that LaPointe had asked the front desk for and been given a key to Marchionda’s room, without being asked to show proof that he was registered to the room or even a hotel guest. When he had trouble getting in because Marchionda had engaged the door’s safety latch, LaPointe convinced a maintenance worker to disable it, telling the worker he had had a fight with his “girlfriend” and she had locked him out of the room.

Iowa hotel settles with woman who was raped inside her roomhttps://t.co/CHI2qV76U7
Horrible!

The Associated Press typically does not name victims of sexual assault, but Marchionda’s attorney, Peter Villari, said she is revealing her name in hopes of serving as an advocate for hotel safety and sexual assault victims.

A Des Moines attorney for Hammons Inc. and Atrium TRS III, the operators of the hotel, did not immediately return a phone message left Wednesday. The Embassy Suites franchise and Hilton Worldwide had earlier been dismissed from the lawsuit.

Villari said his client suffers from post-traumatic stress disorder from the attack, causing her to lose her executive sales job. Her doctor says she’ll need a minimum of six months treatment for her PTSD before she can begin working again.

“It’s been a long fight for this woman,” Villari said. “She’s very happy that it’s been resolved.”