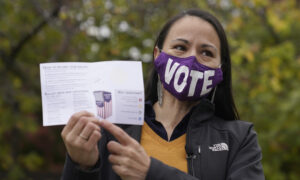 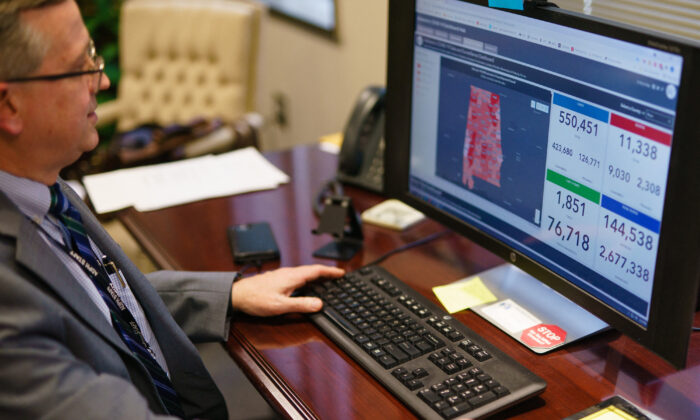 Alabama State Health Officer Dr. Scott Harris says that 65,511 doses of vaccines against COVID-19 have gone to waste in the state, as it grapples with a surge in cases and seeks to boost vaccine uptake.

At an Aug. 6 briefing, Harris said the Alabama Department of Public Health’s COVID-19 daily case graph is “almost vertical at this point.”

Alabama recorded 3,653 cases of COVID-19, the disease caused by the CCP (Chinese Communist Party) virus, on Aug. 6, bringing the state’s seven-day average of daily cases above 2,900 for the first time since January, according to data from the Alabama Department of Public Health.

While a growing number of Alabamians are getting vaccinated, Alabama remains the least fully vaccinated state with a 34.7 percent rate, according to the Centers for Disease Control and Prevention (CDC).

“That’s extremely unfortunate when we have such a low vaccination rate, and of course, there are so many people in the world that still don’t have access to vaccines, so that’s really a shame,” Harris said, commenting on the tens of thousands of vaccine doses in Alabama that have expired.

Still, Harris said he was encouraged by the increase in vaccinations among state residents.

“We have, fortunately, seen a jump in vaccinations,” Harris said. “We’re over 10,000 shots per day every day this past week.”

He noted that the number of vaccine doses administered on Aug. 6 reached 16,000, the highest single-day figure since mid-May.

“Virtually every county—I think literally every county in the state—has seen an increase in the rate at which they’re vaccinating new people, so that’s encouraging, but we still have quite a long ways to go,” Harris said.

Asked about overcoming vaccine hesitancy, Harris said the best way is to provide information, rather than try to shame people into getting the shot.

“You don’t change people’s minds by yelling at them or insulting them. That’s not effective in anything, whether you’re talking about COVID or anything else,” he said.

Besides vaccinations, Harris commented on other public health measures, reiterating the Alabama Department of Public Health’s position that all children in K-12 schools should mask up, regardless of vaccination status.

However, he said the state has no plans for imposing mask mandates on schools.

“The state is not going to mandate that, but instead, that’s going to be a decision for local communities, local school boards to make,” Harris said. “Not every community is the same. There are different factors that have to be considered in each school board. But our view in public health is that universal masking is the best way to protect people.”

Mask-wearing amid the COVID-19 pandemic has become a hot-button issue, with some questioning the efficacy of facial coverings and others opposing mandates on grounds of personal liberty. Advocates tend to emphasize a better-safe-than-sorry approach in the face of a general lack of randomized efficacy studies on mask-wearing, while generally viewing mandates as a minor inconvenience that helps protect people who are prone to serious complications if they get infected.