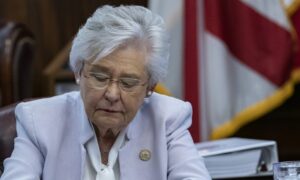 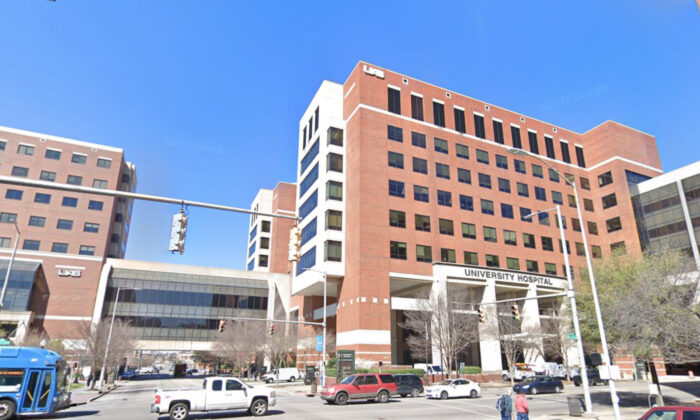 The University of Alabama at Birmingham Hospital in March 2019. (Screenshot by The Epoch Times/ Google Maps)
US News

An Alabama health care group suspended its plan to mandate COVID-19 vaccines for its staff, saying it must follow the law and wait for detailed federal guidance.

Facing the threat of a lawsuit, the University of Alabama at Birmingham (UAB) Health System announced that it stopped requiring health care workers to get vaccinated against COVID-19, a disease caused by the CCP (Chinese Communist Party) virus.

“President [Joe] Biden issued an executive order Sept. 9 indicating that federal rules and regulations will be issued in the coming weeks that will require COVID vaccines for workers at health care facilities that receive Medicare or Medicaid dollars. Because UAB Health System must follow federal law, UAB Health System will remove its vaccine policy at this time,” Sarah Nafziger, M.D., senior vice president of UAB Medicine, said in a statement issued on Sept. 17.

In August, Nafziger announced that UAB Health System employees and people working in its hospital and clinics would be required to be fully vaccinated by Nov. 12.

A conservative public-interest firm, Alabama Center for Law and Liberty (ACLL), demanded the health care group stop the COVID-19 vaccine mandate and threatened to bring a lawsuit if it did not do so.

“As the Supreme Court of Alabama has recognized, UAB Hospital is a state-run hospital. Consequently, UAB Hospital may not require its employees to disclose whether they have been vaccinated or not,” ACLL president Matthew Clark said in a letter (pdf) sent to UAB Health System on Sept. 10, saying Alabama’s new law prohibits state entities from mandating the vaccine.

In May, Alabama Gov. Kay Ivey, a Republican, signed Senate Bill 267 (pdf) into law, prohibiting state entities from requiring vaccination or proof of vaccination as a condition for receiving any government service or for entry into a government building.

“If UAB Hospital continues this course of action, then ACLL will file a suit for injunctive relief before the September 21 deadline,” Clark continued.

“Failure to do so may result in criminal prosecution,” Marshall said in a statement.

On Sept. 16, Marshall joined 23 other attorneys general, officially demanding Biden to drop his proposed vaccine mandate or face a lawsuit.

Biden announced on Sept. 9 that he planned to direct the Department of Labor to develop a rule, forcing companies with more than 100 employees to require vaccinations or once-per-week testing for their workers.

Clark commended UAB Health System after it rescinded the mandate.

“We recognize that COVID-19 is dangerous and do not wish to discourage UAB and its affiliates from taking reasonable steps to keep people safe,” Clark said in a statement. “But since the long-term effects of the vaccines are still unknown, the State of Alabama has decided that using the power of government to force people to get vaccines against their will is not a legitimate option.”