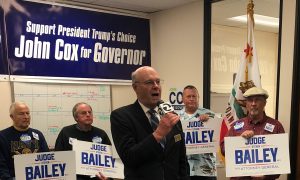 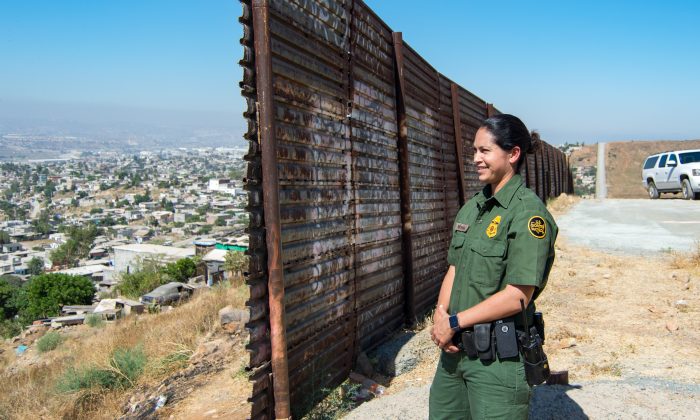 Alabama residents are one step closer to being allowed to donate some of their state tax refunds toward the construction of the wall along the U.S.-Mexico border.

A bill introduced by Rep. Del Marsh (R-Anniston) passed in the Alabama Senate by a vote of 23-7 on March 21, and has headed to the state’s House of Representatives.

“I thank the Senate for their support on this matter and I look forward to working with the House to give Alabamians a voice and are able to express their desire to support President Trump and stronger border security,” March said in a statement, reported the Yellow Hammer.

This bill is about sending a message to Washington that Alabamians support strong border security measures. https://t.co/vdMpz6J2MQ

The bill (pdf) allows taxpayers to voluntarily give a part of their refund to We Build the Wall, Inc., a nonprofit that aims to raise money for the construction of the wall. People are already able to donate a portion of their refund to areas like the Children’s Trust Fund, Alabama Breast and Cervical Cancer Research Program, and Foster Care Trust Fund.

Senate Democrats attempted to block the bill by organizing a filibuster that started on March 20. When they tried to delay the bill again the next day, Republicans successfully adopted a cloture petition to end the filibuster, reported the news website.

Marsh said, “People I talk to across Alabama are sick and tired of politicians in Washington D.C. talking and nothing being done about the crisis on our borders. This bill is about sending a message to Washington that we support President Trump and his mission to secure our southern border.”

“This bill simply allows citizens, if they choose, to send a message that they want to see our borders secured by sending a portion of their tax refund to donate to build the wall,” he added.

The construction of a wall along the U.S.-Mexico border was one of President Donald Trump’s key promises in his 2016 election campaign. On Feb. 15, he declared a national emergency in relation to the ongoing crisis at the southern border, citing the influx of illegal aliens, drugs, and guns into the country.

Trump had previously promised to use his legal national emergency powers if Congress failed to appropriate $5.7 billion for border wall construction as requested by the Department of Homeland Security.

The president received criticism for using his national emergency powers, with opponents saying that he overstepped his power. This has led to multiple lawsuits commenced by nonprofit organizations, including radical leftist groups around the country.

As I predicted, 16 states, led mostly by Open Border Democrats and the Radical Left, have filed a lawsuit in, of course, the 9th Circuit! California, the state that has wasted billions of dollars on their out of control Fast Train, with no hope of completion, seems in charge!

However, Hans A. von Spakovsky, a senior legal fellow from the Heritage Foundation, wrote on Feb. 25, that Trump “acted only after Congress refused to fulfill its duty to protect the country and provide the resources necessary to secure the border.”

“Anyone who believes this isn’t a genuine crisis is ignoring reality. It approaches what many consider an unchecked invasion: thousands of illegal aliens, dangerous criminals, drug smugglers, and sex traffickers crossing the border every day,” Spakovsky wrote in his article.

On March 14, the Senate voted 59-41 on a resolution to terminate Trump’s emergency declaration, where 12 Republicans joined all of the Democrats to pass the measure. The same resolution was already passed in the House on Feb. 26.

Trump subsequently issued the first veto of his presidency on March 15, to override the congressional resolution. He called the resolution “reckless,” adding that, “Today I am vetoing this resolution. Congress has the freedom to pass this resolution and I have the duty to veto it.”

“People hate the word invasion, but that’s what it is,” Trump said, adding that there is “nowhere left to hold all of the people that we’re capturing.”

This week, border patrol released 250 migrants and are expected to release hundreds more because of an influx of Central American families causing overcrowding in immigration facilities, reported Los Angeles Times.