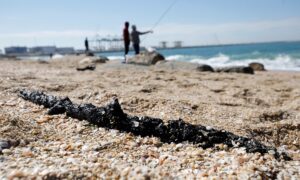 BEIRUT—Al-Qaida’s affiliate in Syria has killed at least 20 Druze after a confrontation in the northwestern Idlib province, where the jihadi group has forced hundreds of members of the minority sect to covert to Sunni Islam, an activist group and a Syrian opposition faction said Thursday.

The killings occurred Wednesday in the Druze village of Qalb Lawzeh in the Jabal al-Summaq region, where Nusra Front fighters have dug up historic graves and destroyed shrines in recent months.

The Britain-based Syrian Observatory for Human Rights said the shooting occurred after the Nusra Front tried to confiscate the home of a Druze government official in the village. It said fighters shot one villager dead, prompting another villager to grab one of the fighters’ rifles and kill a member of the jihadi group.

The main Western-backed Syrian National Coalition said “dozens of Druze young men” were killed in the shooting. It said an armed clash broke out “following an aggression by Nusra Front members.”

The Druze, a 10th century offshoot of Shiite Islam, made up about 5 percent of Syria’s prewar population of 23 million people. Lebanon and Israel also have large Druze communities.

The head of the Druze community in Lebanon, Sheikh Naim Hassan, condemned the killings and said efforts are being made to “contain this regrettable and painful incident.” He called on all rebel and militant factions in Syria to avoid strife.

Asaad Kanjo, an activist from Idlib province who is currently in Turkey, said via Skype that very few details are emerging, adding that the Nusra Front is preventing people from passing a checkpoint about2 miles (3 kilometers) from the village.

Activists estimate that several hundred Druze have been forced to convert to Sunni Islam since the Nusra Front seized the area last year.