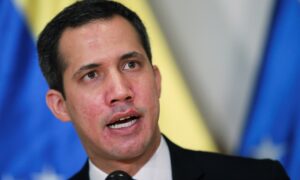 Local terrorist organizations worldwide are cooperating with Al-Qaeda in order to expand a global Jihad, warned Yoram Schweitzer. Schweitzer is the senior researcher of the Institute for National Security Studies (INSS).

Taliban forces are looking to take over nuclear-armed Pakistan, and Somali rebels supported by Al-Qaeda are trying to overthrow the regime in Somalia, he said. Schweitzer said the main issue is whether it is possible to stop this worldwide Jihad, and whether a future major terrorist attack is only a matter of time.

"Contrary to various predictions that Al-Qaeda will disappear and will only remain as a kind of icon, the organization itself has never ceased its activities,” said Schweitzer.

Schweitzer said, “It [Al-Qaeda ] is a highly adaptable organization which enables it to cope with forces pressuring it, and simultaneously it is able to attend to and help other organizations. Thus we find a whole band of organizations which have united and declared loyalty to Al-Qaeda, even though they do not operate in the vicinity of Al-Qaeda's headquarters on the Pakistan-Afghan border, and are not under the command of Bin-Laden. Al-Qaeda fulfills only the role of a guide, like a spiritual leader saying, 'Look on me, and do likewise.'”

Schweitzer said that in addition to Al-Qaeda's central core in the Pakistani-Afghani border, it also operates an "international branch." According to Schweitzer, this branch actually locates independent terrorist elements belonging to different Jihad organizations around the world and motivates them according to its interests, like what we have seen during the attacks on the World Trade Center, in London, Tunis and Madrid.

Schweitzer explained that the actual goal of the worldwide Jihad is to "restore Islam's lost hegemony" and return to the age of glory at the time of prophet Muhammad, and elevate Islam to its “rightful status” as ruler of the world. These different organizations strive to impede "heretic" regimes identified with the West; this is the reason why they try to strike the U.S. Without American support to these countries where the terrorist organizations are located, these terrorists think they will win their war.

Despite the mutual agenda of these terrorist organizations of a worldwide Jihad, there is a widening opposition to Jihad activities in the Arab world.

"The supporters who actively assist in this worldwide Jihad are a minority—not more than a few thousands," said Sweitzer. "Naturally there are those who are in favor of strikes against Western countries but they oppose Al-Qaeda's way of action and their reasoning. A growing number of people do not agree with their way of action because they harm Muslims as well, and above all, they kill innocent people.”

Lately, Taliban forces who cooperate with Al-Qaeda have begun to take over strategic areas in Pakistan and are now engaged in bloody battles with the Pakistani Armed Forces. Considering that Pakistan has a nuclear arsenal, there is strong concern in the world that some of these nuclear arms will be captured by a fundamentalist organization like Al-Qaeda.

"The danger that nuclear weapon will be captured by Al-Qaeda is real," says Sweitzer. “Although the arsenals are safely guarded and the Pakistanis will never let them to take over their state, the Pakistanis do realize the consequences of nuclear weapon being possessed by such radical elements, and so they are ready to exert far reaching efforts along with the Americans and other countries to prevent Al Qaeda from obtaining nuclear weapons.”

"Obama and the Americans understand now what the Bush administration have recognized before," said Sweitzer.

"The next war against Al-Qaeda will be fought at the Pakistan-Afghan border—the center of Al Qaeda. The area is a very complicated geographical and topographical battlefield, but efforts should be made there."

Schweitzer adds that in addition to the fighting in Pakistan, there is an international chase after Al-Qaeda and the worldwide Jihad, conducted by the international intelligence community.

Although the struggle against fundamentalist organizations taking place today in Pakistan and Somalia seems far away, Schweitzer said the Israeli intelligence is well aware of possible consequences of the struggle, and Israel shares a part in the international intelligence gathering efforts against this worldwide Jihad.

"Our unique contribution is our quickness and our focus," Schweitzer explained. “Still, even with strong efforts by the international community, there is no guarantee that a dramatic terrorist attack will not happen in the near future.”